Remember this time last year? The FA teamed up with the national stadium (and home of football) to offer one fan the chance to become the official ‘super-fan’ of Wembley stadium  and go to all the bigest events that 2012 had to offer? 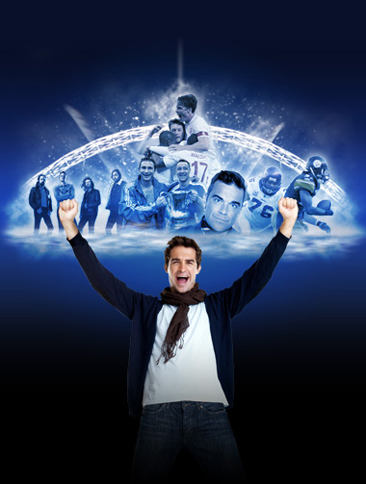 Become a Wembley Super Fan at one of the biggest Wembley events this year and you can enjoy exclusive access behind the scenes and money-can’t-buy experiences at the iconic stadium.

Super Fan competition winners will be asked to capture their Wembley experience through pictures to share over Wembley’s official digital and social media channels. Each Super Fan will go to one event with the first recruit attending the sold out England international against Brazil on 6th February.

2013 promises to be a special year to be a Wembley Super Fan as it is The FA’s 150th Anniversary and Wembley will also be celebrating its 90th birthday.

Roger Maslin, managing director at Wembley Stadium, said: “For many fans undertaking the role of a Wembley Super Fan will be an inspiring opportunity with exclusive access at the stadium to one of their favourite events and the opportunity to meet lots of interesting people, whilst capturing as many of the great moments at Wembley as possible.”

To win the chance to become a Wembley Super Fan visit the Wembley Stadium Facebook site: www.facebook.com/WembleyStadium. Simply ‘Like’ the page and tell us why it should be you in 100 characters.