Win a private box for you and 20 mates for England v Holland by voting for the best ever Wembley Event! Read on to find out how… 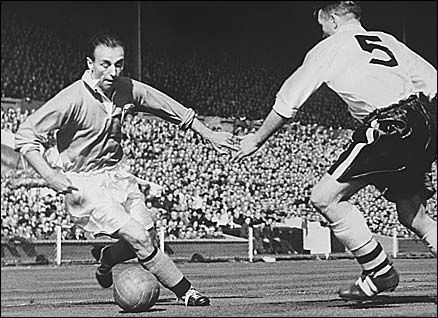 Wembley Stadium has announced plans to host its biggest ever battle as 25 legendary events go head to head to be crowned the stadium˘ ‹Ĺ›greatest ever˘€žË.

In the ultimate clash of the titans footballing legends Stuart Pearce and Geoff Hurst find themselves up against rock n˘€žË roll royalty in the form of Queen and the Rolling Stones with wildcards Evel Knievel and Martin Offiah battling for fan votes and the coveted title.

As the countdown to The FA Cup and Champions League finals continues Wembley is taking a celebratory trip down memory lane by showcasing the most memorable moments from great Wembley games. Shortlisted matches include the epic 1966 World Cup Final, England˘ Euro 96 thrillers against Scotland and Spain along with the first ever FA Cup Final at the new Wembley in 2007, which saw Jose Mourinho˘ Chelsea defeat Manchester United, 1-0.

Rolling back the years the 1953 FA Cup Final made famous by Sir Stanley Matthews match-winning performance is also heralded along with the nail biting 1998 Football League Play Off between Charlton Athletic and Sunderland, which saw Sunderland win 7-6 on penalties.

On the exciting shortlist revealed today fans can also re-live memories featuring some of the other outstanding contenders for the title which will be decided online at www.wembleystadium.com/greatestevent.

From Queen˘ show-stealing performance at Live Aid; to Muse and the Foo Fighters headlining at the home of football; Henry Cooper knocking down a young Cassius Clay; Michael Jackson˘ record breaking ‹Ĺ›Bad˘€žË tour; Martin Offiah˘ spectacular solo try in the Challenge Cup Final; and Evel Knievel˘ dare devil attempt to jump the length of 13 buses. Wembley Stadium has witnessed it all and now fans must log on to register their vote if their favourite is to stand a chance of winning. 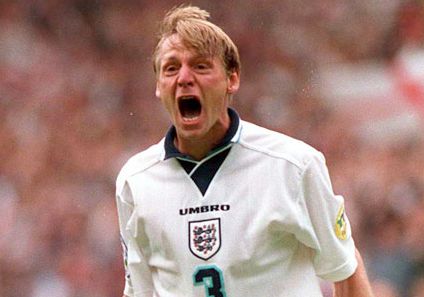 The shortlist has been brought to life online where fans can see photos and footage from each event as well as accessing exclusive interviews from the people who took centre stage. The winning event will receive a dedicated installation within the ground ensuring that it always has a place in Wembley˘ rich history and fans˘€žË hearts.

Everyone who votes and signs up online for the Wembley newsletter will be rewarded with a kids go free offer on the Wembley Stadium Tour allowing them to see where their magical moment happened. One lucky winner will also receive a memorable day at Wembley Stadium when they enjoy exclusive access to a Club Wembley VIP box for 20 people to watch England take on World Cup finalists Holland this August.

Stuart Pearce, whose penalty for England against Spain in Euro 1996 and the resulting celebration is shortlisted, said of his goal: ”The memories of Turin weren˘€žËt even in my mind that day at Wembley because when I was walking up to take the kick I knew that the whole stadium and country were behind me. Usually the stadium and the noise is a blur, but not on that day at Wembley. The celebration was spontaneous and that photograph of me in the aftermath of the penalty is still the one I˘€žËm asked to sign by fans.”

The Wembley Greatest Event vote kicks off another massive summer of entertainment which includes the UEFA Champions League, FA Cup Final and the sold out Take That Progress Live tour.