As a nation holds it’s breath, Nike have launched this short film to mark Wayne Rooney’s possible return to the England team which will face Ukraine in Donetsk tomorrow.

Dubbed ‘Blue Eyes is Back‘, the brooding viral makes up part of the ongoing ‘My Time is Now’ campaign, and captures the nation’s excitement and antisipation at this moment in time.

One of the Premier League’s greatest talents, a player capable of changing a match in the blink of an eye, Rooney has won trophies, collected individual awards and earned the right to call himself a United legend.

However, international success has eluded him and he has suffered some high profile defeats at major tournaments. Now, memories of those defeats are fueling his hunger to put a once-great footballing nation back on the map. Whilst everyone in the England camp has remained reserved about their expectations, Rooney has outlined his desire for England to win the whole thing. 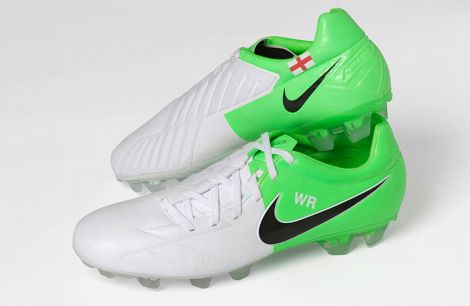 Returning from his suspension, Rooney ready for this moment and Nike are marking this occasion with a 30 second film that shows a more mature, considered and focused Rooney channelling his past to help him produce the performances England expects.

The film uses clips of old commentary that narrate the ups and downs of his career to build the intensity as Rooney reflects on his achievements and disappointments, all the time preparing to step once again onto the international stage. His time has come, Blue Eyes is back.

Written By
Kyle Elliot
More from Kyle Elliot
Bringing the spirit of the Brazilian festival to the pitch, the adidas...
Read More