The exclusive club of international footballers who have amassed 100 caps for their country will welcome a new member this weekend; Wayne Rooney will captain England against Slovenia to complete a century of appearances for the Three Lions.

To mark the occasion, Nike have outfitted arguably their most notable member of the England squad with a pair of football boots. 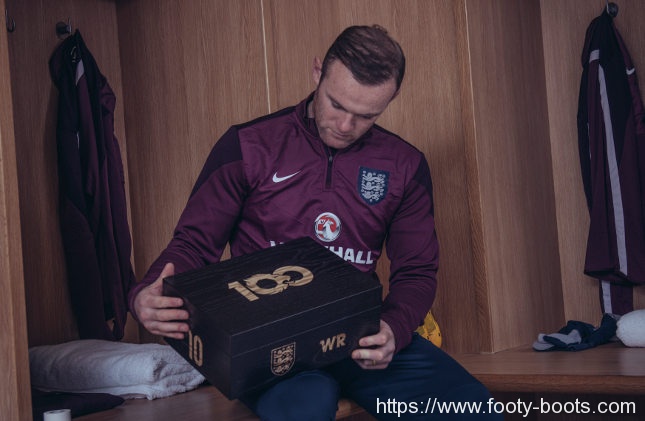 A wearer of the Hypervenom series of football boots since their inception last year (and one of the key players to wear their predecessors, the T90 and T90 Laser), it’ll be no surprise that Rooney will once again lace up Nike’s attacker-focused silo tomorrow night.

What might surprise some is that they are indeed the latest Hyper Crimson/Atomic Orange colourway; we’re sure there would have been plenty expecting a gold pair (which Nike would likely want to avoid given Neymar’s signature boots) or a NikeiD pair in the White/Red or White/Blue of the English flag/kit. 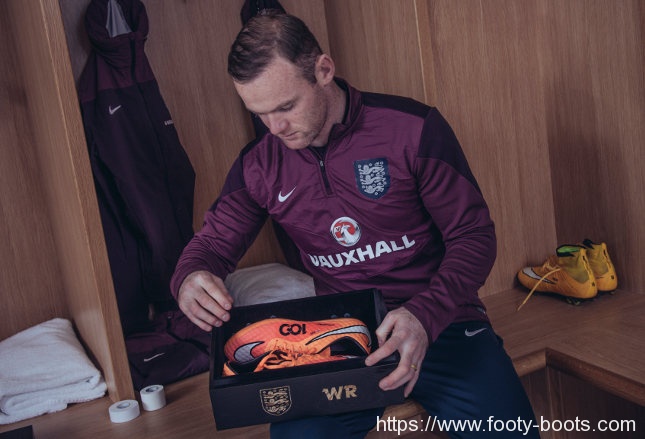 But that’s not to say these are just any pair of Hypervenom Phantoms; Rooney’s 100th Cap football boots are kitted out with a special graphic on the flank.

Marking 100 games, the outside of each boot has a rather smart ‘100’ call-out, with the middle ‘0’ formed in the shape of a lion; representative of those found on the England national team’s crest. 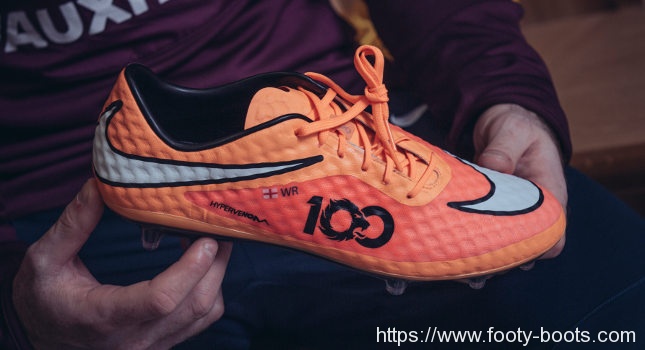 In addition, Rooney’s standard customisation of his initials and the St George’s flag also make up part of the design.

Nike also provided the star with a matching presentation case for his boots, which we’re sure the Manchester United man will appreciate – Rooney is one of many footballers who save football boots from special matches. 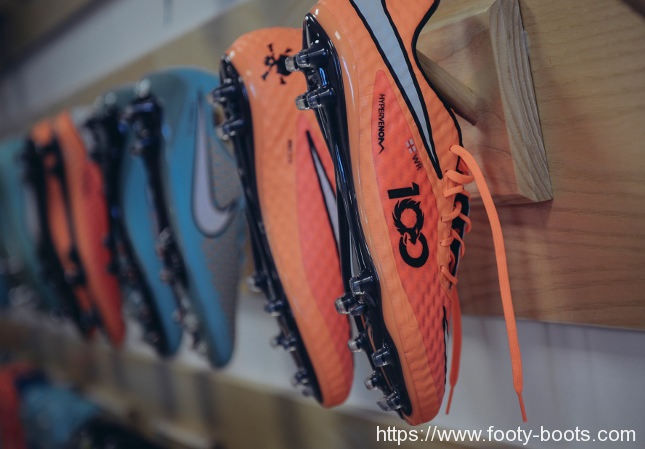 Of course, Wayne Rooney might not wear the exact pair of ‘100th Cap’ football boots you see in the images above.

It seems that Nike have made a couple of pairs baring the 100th cap customisation for the striker to wear given the unpredictability of English weather. 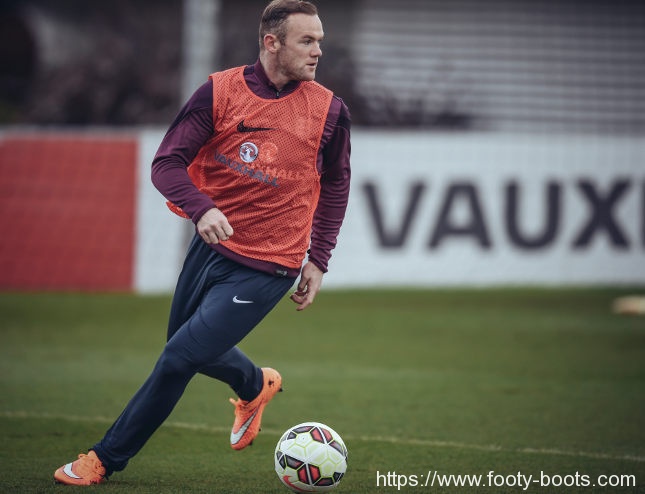 Rooney trained in a classic six-stud SG version of the boots yesterday afternoon ahead of the game – as his preferred wet-weather footwear.

We hope these football boots bring the England star some good luck on the pitch, whichever version he wears, as Rooney looks to captain the Three Lions through a successful qualifying campaign for the Euro 2016 tournament.