Warrior Football are off to a flyer, there’s no doubt about it.

The brand who took over the reigns at Liverpool this summer have only been in the football boot market for a couple of month, but they’ve already released enough viral stunts, shown off enough boots and announced enough player and team signings to feel like an old hand.

So, we were surprised to learn that ‘What Lies Within’ is actually Warrior Football’s first-ever ‘proper’ advert.

Using Warrior Football’s first major Premier League signing at it’s fore, Marouane Fellaini is the man in the spotlight as he takes a (probably ill-advised) late night jog around an un-named town in England.

Fellaini encounters a young football fan, and doesn’t give him a second glance as he carries on training. But after the youngster discovers ‘What Lies Within’ and unleashes his inner beast (or something) with the new Skreamer Fellaini recognises him as someone with a similar raw power to himself and takes notice, ready for a challenge. 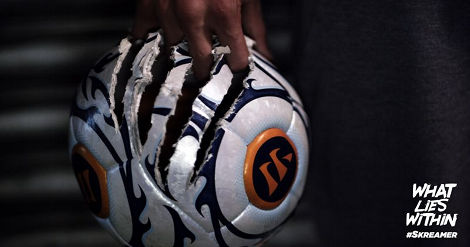 Also, Vinnie Jones – who is now a Warrior brand ambassador – is disposing of a body, for some reason.

At a fraction under 3 minutes, this is a lengthy and bold statement from Warrior – bringing together a lot of what they’ve worked so hard on in such a short space of time.

But what matters most is what you think of it! Let us know in the comments…