Six months after the release of the Gambler and a year after the debut of the Skreamer and Warrior have managed in 12 months what some brands haven’t done in decades with the launch of the new Superheat; and that's create a well-rounded stable of three boots, each with a clear message behind them

The Superheat aims to bring technology from track and field sprint shoes into the football boot market and give Warrior a speed boot that can compete with the Vapor, evoSPEED and adiZero in the process.

The core of that is a three layer Tri Fusion„skin that builds around on a base of Mesh that Warrior calls Neoweb – this is designed to create a sock for the foot before adding other features on and around the boot – putting comfort and a well rounded fit at the heart of the design, which sounds great to us.

A thin TPU layer called the Nanocradle comprises the second layer, providing rigidity to the design whilst not impeding freedom of movement and is finished off with the third layer; a micro-thin Organitouch film for added touch in wet weather. 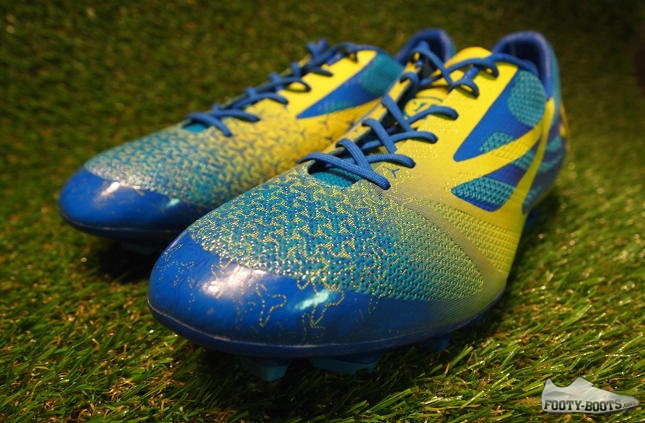 Warrior's'  centred slipstream„lacing system hugs the top of a super-thin tongue with micro adjustment gap for quick amendments when it slips to one side and the heel counter called the Membrane Heel shield for unseen support.

Under the hood, you'll fine the same soleplate as the Gambler with slight adjustments to trim down on weight.

The construction really is something else – we've seen mesh brought in on so many football boots in the last 12 months, but Warrior might be the first to use it as the base for the whole boot, but only cover part of it, giving the look of something like a cross-section of the design

Speaking of the design, the Superheat is visually a very exciting boot, with so much going there are bags of neat touches – but thanks to the two-colour palette, it avoids the trap of looking too busy. 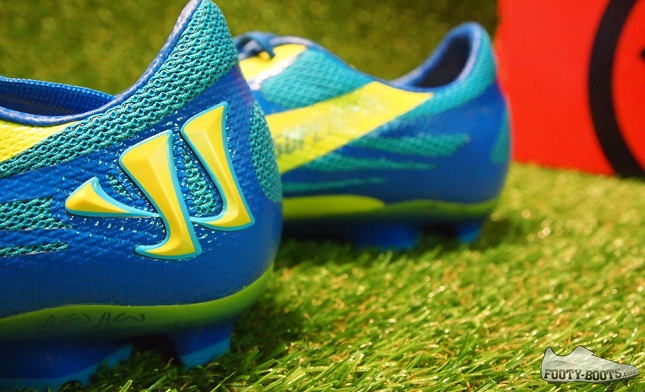 The Mesh is used masterfully by Warrior in the mid foot and heel – the boot is soft and completely scrunchable where it needs to be like like along the collar, but the heel counter is firm and uncompromising to add stability and protection.

The Organitouch is also tangibly beneficial; rather than a coating like Nike's ACC, this is much more like the Griptex on Puma's evoSPEED'  and provides a genuine texture to the upper, like running your finger over a vinyl record.

Warriors aim is a boot that is sock-like and flexible whilst maintaining a stable toe-box, and in that sense it's bang on – however, that stability comes from TPU, which in a thicker form is used on many soleplates – so I'll be interested in seeing whether it can be worn straight into 90 mins like the Gambler or whether a couple of training sessions are in order to loosen up that Nanocradle. 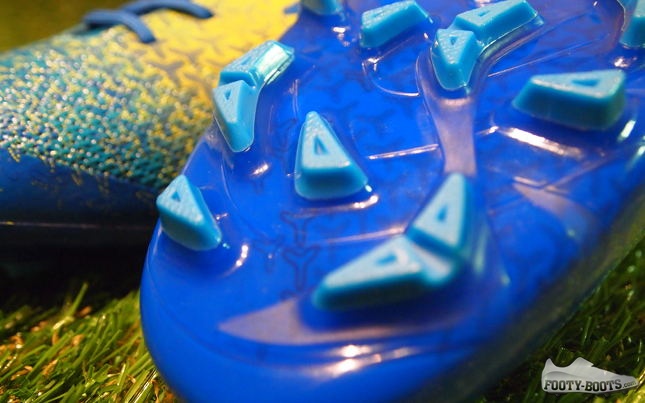 As promised, the tongue is micro thin, probably the thinnest I have ever seen, and I'm hoping that translates into a very true sensation when striking the ball.

Inside, you'll note there's no internal support like the ever fit cage and TPU support bands of other speed boots, with the Superheat instead relying on the external support mechanisms.

The sockliner is no-frills, with pre-grooved channels to ease up break in – that said it is very thin, so Warrior will be relying on those multiple studs on War Deck„soleplate to distribute pressure and keep comfort on the up.

Speaking of the soleplate, the feedback on the Gambler has been mixed; some people enjoy the versatility of a boot with short enough studs to cope with both firm and artificial pitches, whilst other players who only play on firm-to-wet ground might well want to stick with the SG hybrid plate.

Weighing in our size 10s gave as a weight point of 237g, which is admittedly on the heavy side for a speed boot. One saving grace, however, is the boot does feel light on the foot, with perhaps the fit and sock-like'  allowing for a good distribution of weight and a lightweight feel.