Coming on the same day as the new, retro-cool Liverpool Home Shirt goes on sale to the public, Warrior have announced that Wales international Craig Bellamy will be their first-ever football ambassador.

In a unique deal that will see the sponsorship fee go directly to the Craig Bellamy Foundation in Sierra Leone, Warrior will work closely with Bellamy to raise global awareness of the Foundation and build on his work to date.

Perhaps most excitingly for us, though, is the news that the Liverpool front man will also work alongside Warrior to develop its debut football boot collection. Having worn the Mercurial Vapor and adiZero lines over the last few seasons, Bellamy is a man who knows his boots – so we can’t wait to see what he comes up with!

Founded by Bellamy himself in 2008, the Craig Bellamy Foundation provides under-privileged children a chance to reach their full potential through a mix of sport and education, enabling them to create better  lives for themselves and their communities. Operated on a not-for-profit basis, the Craig Bellamy Foundation is also the driving force behind Sierra Leone’s only professional football academy and a popular youth league. 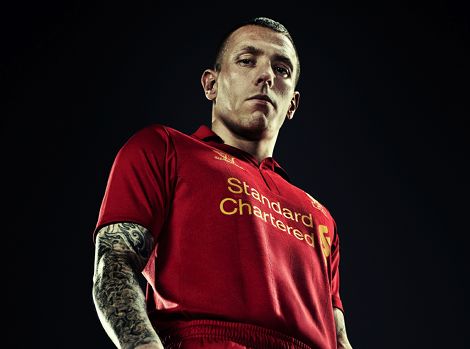 In addition to helping fund the Foundation’s educational and recreational facilities, Warrior will provide  practical support by supplying footballs, boots and kit. Bellamy is thrilled the new partnership with Warrior will strengthen his efforts in Sierra Leone.

“While Warrior works to support me on the field, we’ll work together to support the Craig Bellamy  Foundation off it,” he said. “For me, the most important part of this deal is that the money and extra resource provided by Warrior will go directly to the children and local communities involved with my  charity in Sierra Leone.”

Head of Warrior Football Richard Wright commented: “At Warrior, we align ourselves with athletes who  are highly driven, motivated and possess a winning mentality – Craig is one of these athletes. His work in  Sierra Leone is remarkable and we are delighted to help these young footballers of tomorrow.”

With 149 career goals to his name, Bellamy will provide his personal insight and experience as Warrior  develops its first football boot collection. “Craig will play an integral role in the boot design and development process, helping the Warrior team  create a revolutionary product that will stand out from the pack,” said Wright.

Warrior also teased that we could see their new soccer cleat line by the end of this year, with a tentative release scheduled for a pre-Christmas December 2012 launch. More details about the new Warrior football boot will be revealed in the build-up to the start of the 2012/2013 English Premier League season.

Written By
Kyle Elliot
More from Kyle Elliot
Tell us who is the one player England can't live without and...
Read More