Following a lucrative license with Liverpool and rumblings of a rapport with Roma, Warrior Football have broken ground in La Liga by signing a sponsorship with Sevilla. 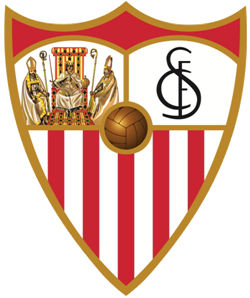 Effective from July 2013, the deal will see Warrior design the Sevilla FC home and away kits, along with training and lifestyle wear for the next five seasons.

Founded in 1905, Sevilla FC is renowned as the most successful club in the Andalusia region of Spain. Amongst its European and international achievements, the Club has won five Copa del Rey titles, along with two back-to-back UEFA Cups in 2006 and 2007.

“Sevilla FC is a club that is not only rich in heritage but has also enjoyed great success on the pitch during its 107 year history,” said Ben Haworth, global sports marketing manager for Warrior Football. “With a presence in La Liga, we have the ability to connect with a new legion of football fans, enabling us to continue fulfilling our pledge to take the Warrior brand further and deeper into the global football market.”

“We are delighted to announce this partnership agreement with Sevilla FC and will continue to strengthen our portfolio with outstanding team and player assets from around the world over the coming months,” he said.

Manuel Vizcaino, deputy general manager of Sevilla FC, said that signing with Warrior is a very important step in the internationalization of the Club.

“It is an honor to have been selected as a platform to launch the Warrior brand into the Spanish market,” he said. “Undoubtedly, this agreement is possible because of Sevilla FC’s relevance in European football and the Club’s recent success over the last few seasons.”

Warrior will continue to build the brand’s international portfolio of teams, with a further announcement due ahead of the New Year.