Many football fans will tell you that the 80′s and 90′s were the dark days of kit design. As the television rights and the emergence of world-wide support became apparent, brands and clubs pushed the boat out, embracing daring, iconic kits that flew in the face of tradition.

However, for the brave folk at Warrior, there are elements of those strange-but-true designs that are worth revisiting, and they’ve incorporated that inspiration into the Liverpool Away Shirt 2013/14 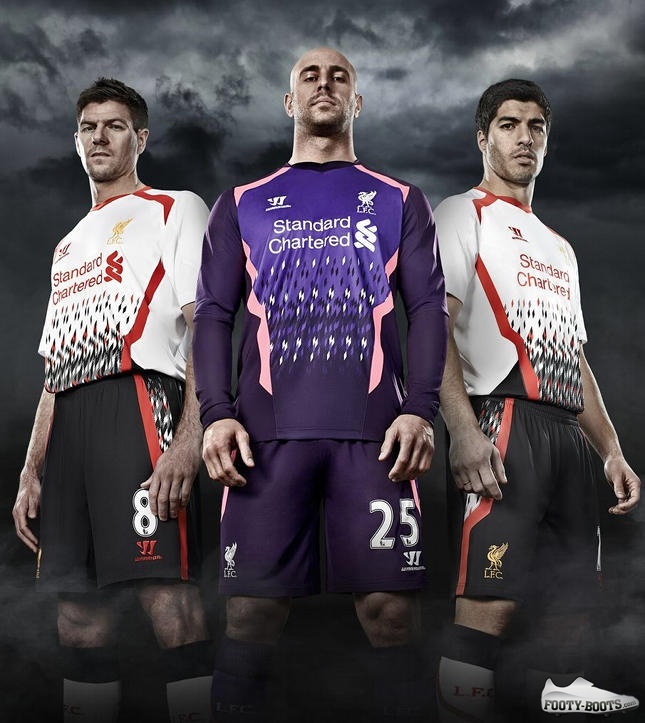 Whilst decked out in the traditional white, red and black away colours that have graced so many Liverpool shirts in the past, Warrior have looked to create a new spin on that scheme for the 2013 edition.

The collar has been reworked to give the shirt a modern edge, while an eye-catching diamond print draws attention to its bottom half. Originally featured as part of the 1989/91 away version, the dynamic pattern is a refreshed interpretation of the detailed graphic. 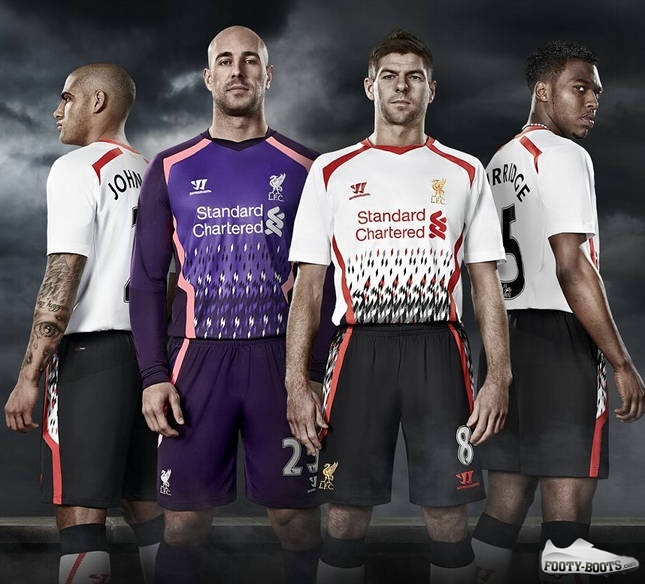 “I like that this strip is different, the pattern and colours are fresh. It looks and feels great on and I can’t wait to wear it next season,”  – Daniel Sturridge.

In line with the new home kit, contrast detailing features on each sleeve. A fully embroidered Liver Bird crest sits on the shirt’s front, while two commemorative Eternal Flames and a 96 logo are prominently positioned on the back of the neck.

Designed using War-Tech, Warrior’s groundbreaking apparel technology system, the away kit is powered by breathable, moisture-wicking War-Tech fabric. Four-way stretch mesh paneling under the arms and across the back of the shirt facilitates optimum ventilation while allowing for added comfort and temperature control in core heat areas.

Whilst – to give you a bit of insider knowledge – Warrior have used the word ‘traditional’ a lot in the press release for the Liverpool Away Shirt 2013, this is a kit that looks and feels anything but.

The past two home shirts have been traditional, which certainly allows Warrior the freedom to be a little more experimental on their away and third releases – something they should be proud (and perhaps even a little tongue-in-cheek) about, rather than trying to convince anyone this is a ‘traditional’ kit.

Still, it’s sure to divide opinion both inside Anfield and across the world – but we want to know what you think!

A daring design destined to be a cult classic? Or on the pile with Hull’s tiger-stripe kit from the 90′s?

Written By
Kyle Elliot
More from Kyle Elliot
adidas deliver us another adiZero black-out, this time in Synthetic - get...
Read More