Warrior revealed the second-ever colourway for their latest football boots, the Warrior Gambler, on the feet of their Belgian star Marouane Fellaini as his Manchester United side played out one of the calendar’s more exciting fixtures; the Manchester Derby.

The new Gambler colourway was clearly designed with Fellaini in mind, with this White / Red / Black refresh the ideal compliment for Fellaini’s Manchester United and Belgium National Team Kits.

Revealed on the @Warrior_FTBL Twitter in the run-up to the game, Fellaini unfortunately couldn’t give the new Gambler colourway a winning debut. 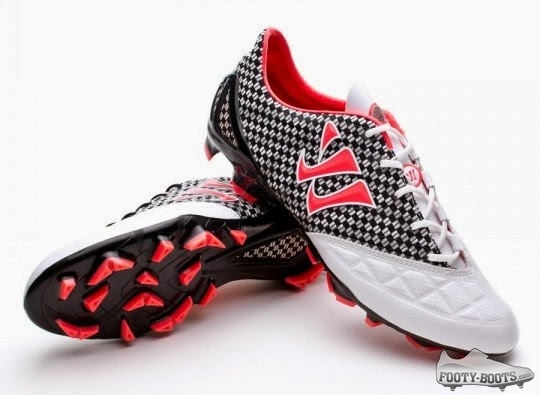 Fellaini and his Manchester United team-mates were squarely beaten by a City side who looked absolutely rampant. Though Fellaini did test Joe Hart with a fearsome curling effort that looked destined for the near post’s top corner.

A smart-looking colourway indeed, the new Warrior Gambler colourway is the polar opposite of the original launch edition of Black/Green.

The tech-mesh quarter in the rear of the boot takes on an even-more chequerboard appearance than it did previously – something we’re sure football-playing ska fans the world over will be delighted about. 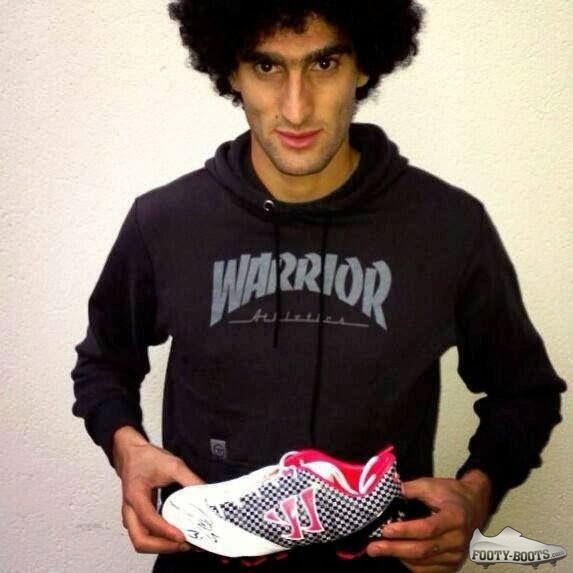 The red ‘pop’ on the branding is the icing on the cake, adding some stand-out detailing to the sockliner and studs, too.

Landing in October, this Warrior Gambler uses all the same tech as the previous models with the High-Roller and Ace-Plate textured zones for deadly shooting and laser-straight passing and a Safe House external cage to support and protect the foot.

We reviewed the Gambler earlier this year, and found them to be – appropriately – something of a Wildcard in the control category, with a lighter construction and great focus on aggressive ball contact over cushioning than other boots in the same vertical.

If you’ve got a pair – let us know what you think in the comments below!

If you haven’t – would this colourway convince you to pick a pair up?

FELLAINI DEBUTS NEW WARRIOR GAMBLER COLOURWAY IN MANCHESTER DERBY, 8.0 out of 10 based on 17 ratings https://www.footy-boots.com/wp-content/uploads/2013/09/warrior-gambler-white-red-black.jpg