Umbro have today revealed their design for the new Wales Home Shirt 2010-2012. 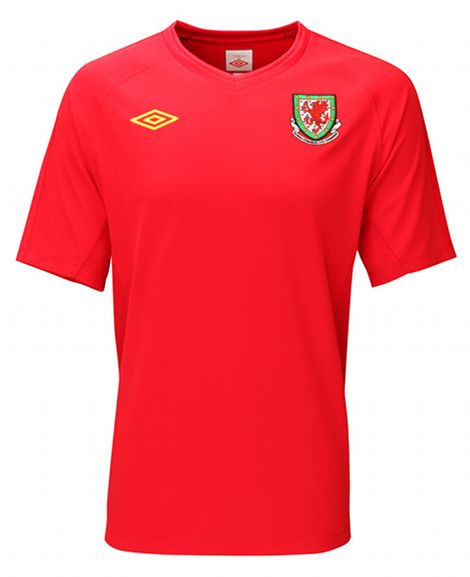 Umbro return to being the official kit supplier for the Welsh National Team for the first time since the early 90’s – We imagine that Welsh football fans will welcome the return of Umbro, having been through the wringer with several kit suppliers in the last decade, including Lotto, Kappa and Champion.

The shirts itself is in-keeping with Umbro’s design philosophy of late, opting for a minimal, classic look – designed to withstand the test of time, rather than ride on current trends.

The new Wales Home Shirt 2010-2012 features several key design features. The inclusion of Umbro’s new raglan sleeve design (which we saw for the first time this season on the new Manchester City Home Kit 2010-2011) gives the players wearing the kit a sense of freedom of movement, and the smart double-layer-effect V-Neck collar finishes off the kit in a very smart fashion. 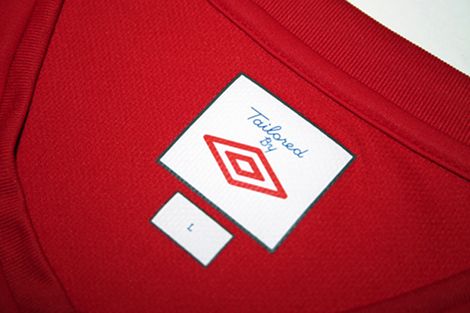 The new Wales Home Shirt 2010-2012 will get it’s d'©but on Wednesday the 11th of August as Wales take on Luxembourg in a friendly at Llanelli, as coach John Toshack looks to build hopes and expectations ahead of the Euro 2012 qualifying campaign.

We think the end result is another refreshingly simple kit from the guys at Umbro, the quality look of the collar stops the shirt from descending into ‘dull’ territory and the gold Umbro symbol is a nice touch too.

What are your thoughts on the Kit?