At the re-launch of NikeTown in London on Monday, Nike asked Theo Walcott, Cesc Fabregas, Didier Drogba & Ashley Cole to bring along their favourite pairs of football boots and have a chat about what makes them so special.

We were lucky enough to grab some time with both of the Arsenal players and have them tell us the stories behind the football boots they’d brought to the event.

Walcott had brought his Mercurial Vapor IV‘s in that he wore against Croatia – England fans will remember this game featured Walcott’s first hat-trick for his country – which he revealed lost a stud sometime during the second half! 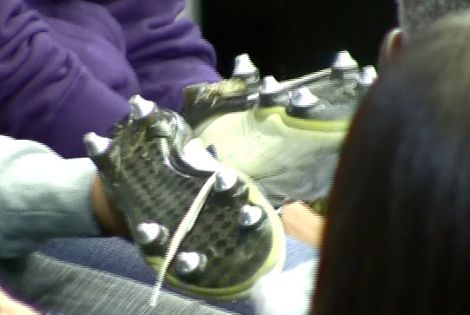 The Arsenal Winger also revealed that the stud seemed to have snapped, meaning he couldn’t screw another one in it’s place – we’re guessing the ground in Zagreb is really, really hard!! 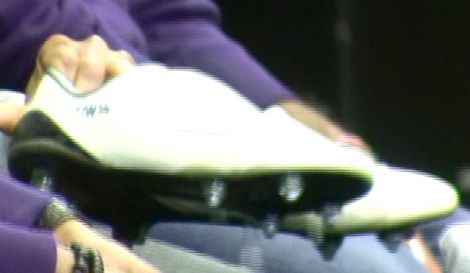 The classic White/Blue colourway was a nice blast to the past for the Footy-boots.com staffers present, and his ‘TW14’ personalisation didn’t go unnoticed either!

Fabregas, as you can probably guess, brought in his World Cup Final Nike CTR360 Elite. In the interview, he said he loves them because in them he made the most important assist of his life – and it’s hard to disagree with Cesc there.

We also got to take a close look at the Spanish Internationals lucky football boots, and we not only loved the personalisation of his name and number, but also his custom sole-plate!

As you can see in the video above, Fabregas was all too happy to show off the custom sole on his Nike CTR360 Elite, which looked to us to be the soleplate off Fabregas’ old favourite boot – the Tiempo Legend.

What do you reckon to the Arsenal star’s lucky boots?

Have you got a better story behind your lucky boots?

Whack it in the comments below!

Written By
Kyle Elliot
More from Kyle Elliot
After a little bit of hype-building following the acquisition of FC Barcelona...
Read More