It is time to start studying Sky TV’s ‘crossbar challenge’ in earnest and to get off the sofa and hone those keepy-uppy skills.

The reason? Because skills like that, or ones on a similar bent, could be good enough to get you and your mates to the Champions League final in Moscow on 21st May.

Vodafone, under the banner of their ‘Champions Wanted’ campaign are offering this superb prize to the team that can first impress their judges on film and then beat seven other chosen finalists in a 5 a side competition in London next month.

The kind of entries that Vodafone are looking for include individual and team skills, feats of supreme goalkeeping, great shooting, the ultimate goal scoring feat or moments of genius. And you should have a great chance as bearing in mind the criteria, none of the current England team judging by their collective performance this week against France, will be eligible to apply. 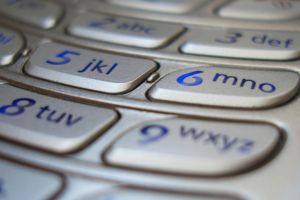 All you need to do is prove you’ve got what it takes by filming you and your mates in action then sending Vodafone a video message to 66444 (standard MMS charges apply) or upload it to www.vodafone.co.uk/skills which is also the address where you can find out the complete details of the competition and the kind of entries Vodafone are looking for.

You’ll also be able to marvel at the skills of Formula 1 ace Lewis Hamilton (yes, sickeningly, not only can the boy drive like the wind but he’s pretty damn good with a football as well), watch Owen Hargreaves do his stuff blindfold plus get a look at England cricketers Michael Vaughan and Matthew Hoggard doing their thing. And they’re not bad either.

The 8 teams with the best videos will compete against each other in a 5 a side tournament in London on 12th April – the winning team will then be guaranteed a trip to Russia, representing Vodafone UK in the Vodafone Cup as well as securing tickets and hospitality for the Champions League final.

The closing date for entries is 2nd April so get practising and get filming.

Written By
Felipe
More from Felipe
Kun Aguero was kept out of the Community Shield clash due to...
Read More