In what is sure to be a big blow for Aston Villa, main sponsor FX Pro is set to end their agreement with the club. 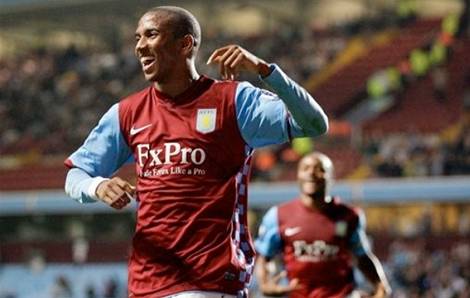 The currency trader, whose slogan is ‘Trade Forex like a Pro” have cancelled their agreement with the Villa Park club just one year into their three year deal – with both parties allegedly claiming it was by ‘mutual consent’ to the Birmingham Mail.

FX Pro also sponsor London club Fulham, and it is understood that their contracts with both clubs have a clause that allows them to cancel the contract at any point in their first year of the sponsorship.

Sources say that FX Pro’s decision was not based on Villa˘ on field performances but a number of incidents in which the brand didn’t feel it was getting the exposure it should – including a delay in the release of the club˘ home shirt, manufactured by Nike, which wasn˘€žËt released for retail until November 2010 – 3 months after the start of the season/

The deal between the Villains and FX Pro was estimated at the time of signing to be the club˘ biggest ever shirt sponsorship figure; Fulham are currently hold their breath as it yet to be confirmed whether FX Pro will continue with its sponsorship of Fulham.

This will come as a serious blow to Aston Villa, who have just smashed their own transfer record with the purchase of Darren Bent from Sunderland.

It seems that Randy Lerner & Co must now begin the stressful affair of finding a new shirt sponsor – something that clubs like Middlesbrough and Tottenham have struggled to do, having had to come up with innovative new ways for multiple companies to sponsor their team to help spread the cost.