After the huge success of Ibrahimovic wearing the Superfly II‘s against Arsenal last night – Nike have another video to share!

This time, Nike are taking us behind the scenes of the ad for their newest speed football boot. Using some pretty impressive blue-screen tech, Zlatan dives, ducks and weaves his way through the opponents on a sound stage.

There’s some pretty neat trivia in there too; You get to see which bits of the pitch used in the ad are real, which ones were CG’d in later in the process and what shirts his opponents in the ad are wearing! 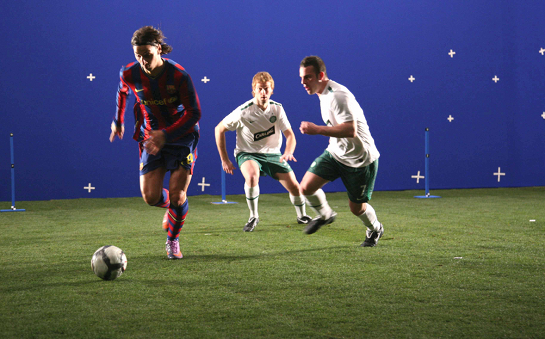 Also interspersed with the video and neat interviews with Andy Caine – who you might remember from our interview – and Zlatan himself, all talking about what the Superfly II football boot means to them as player and designer.