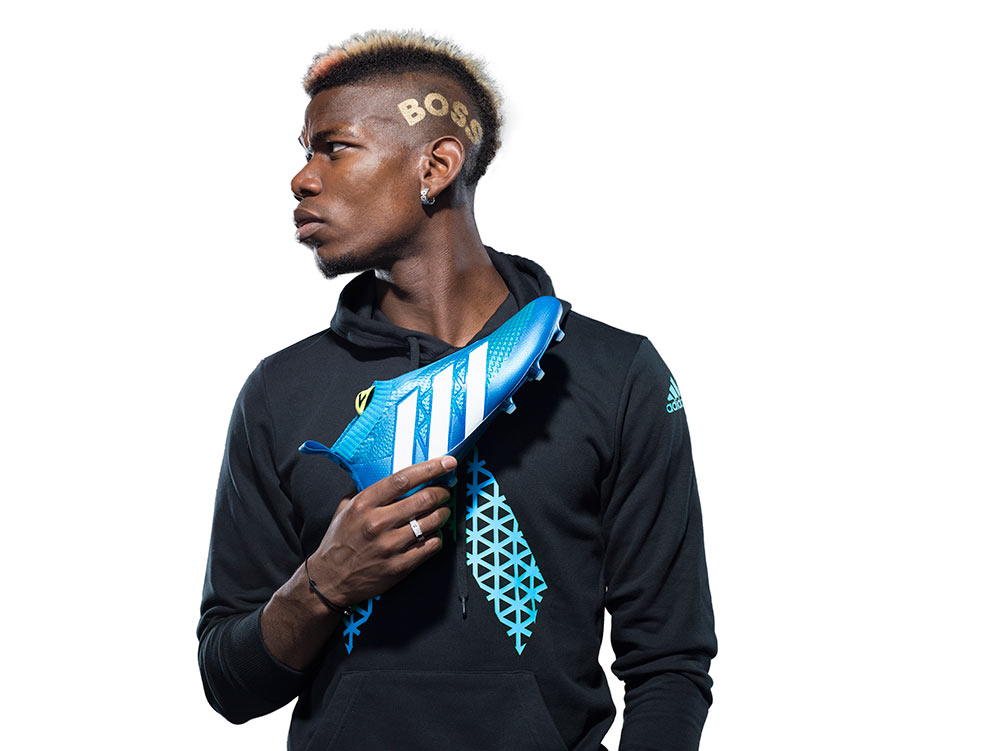 adidas are hitting hard their capture of Paul Pogba signing to the brand on a long term partnership.

Firstly they gave him a unique boot to celebrate his signing, then Pogba headlined the Blue Ace 16+ launch and now this cool viral video.

In the video, Pogba sits casually in a director’s chair before showing boss control by landing both football boots on pegs from a distance.