The motto behind the new Spain Shirt is ‘It Comes From Within’ – and for their latest ad adidas have taken that little slogan to the extreme!

Following on form the teaser we posted last week, the official ad for the new Spain Shirt shows Alonso, Llorientes and Villa not only removing the old, World Cup-Winning Spain shirt – but also their skin too!

This, in turn, reveals the new Spain Shirt under their old skin, which goes to show that when adidas said ‘It Comes From Within’, they weren’t kidding!

There’s no doubting that the effects used are really something else, and it’s a really impressive ad from the 3 Stripes, but there’s just something not right about the way their skin stretches – it just ain’t right!

Along with the ad, our buddies at adidas also sent us this gorgeous high-res image of the new Spain Shirt, which really shows off some of the finer details of the jersey, as well as the shape of the shirt off a player. 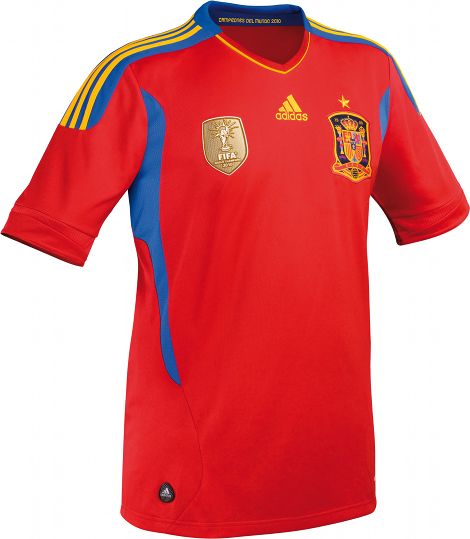 What do you reckon to this ad – a good way to get people talking or slightly too disturbing?

Written By
Kyle Elliot
More from Kyle Elliot
The 2012 line-up of Nike's red-hot Nike5 range is complete with the...
Read More