Andres Iniesta has pulled the strings in midfield for Barcelona and Spain for years now – and Nike have taken that cliché to a new extreme in this awesome video for the Nike CTR360 III!

To celebrate the launch of the new CTR360 III boot, Nike has created a new film featuring the world’s leading playmaker Andres Iniesta, starring as a puppet master on the pitch.

The FC Barcelona midfielder expertly pulls the strings dominating the midfield and dictating the pace of the game as – despite the handicap of only being a tiny figure on a miniature football pitch theatre set.

On shooting and starring in the video Andres Iniesta said: “It was fun to shoot, it is always good to do something a little different to the norm.

He added: “The CTR 360 III Maestri is the main tool of my trade, it’s what makes me feel comfortable on the pitch, secure when I touch the ball, when I want to dribble or make a play. It’s important to feel comfortable in your boots and I do. “ 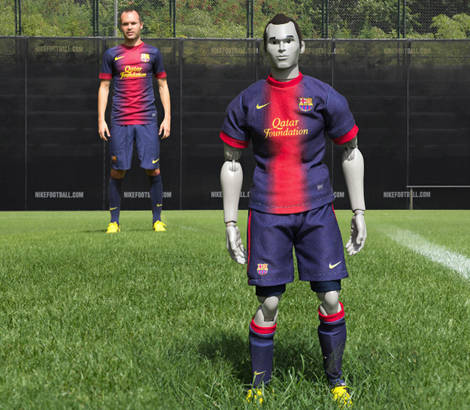 After the Cristiano Ronaldo & Rafa Nadal tennis viral and now Iniesta as a puppet Nike are on a hot-streak with their football boot ads, and we don’t see it ending any time soon.

The same can be said of their boots, too. Whilst the CTR360 range has always been excellent, the latest T90 Laser, Tiempo Legend and Mercurial Vapor have all surpassed their predecessors by a significant margin.

Reengineered to deliver enhanced control, traction, support and lightweight comfort, the Nike CTR360 III uses next generation Kanga-Lite synthetic material for an assured touch and durability, coated in All Conditions Control (ACC) technology, providing the same level of control in either dry or wet conditions. 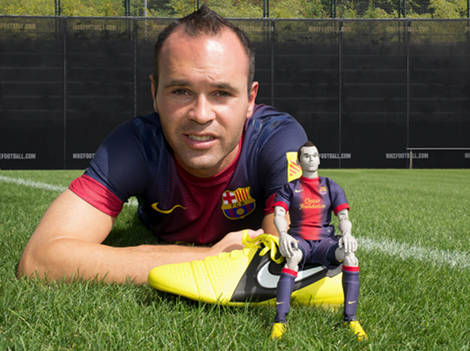 Gone are the pass and receive pads of the Maestri II, and in comes a revamped 3D control pad that uses separate strips with fins of varying sizes to hug the arch and maximize contact with the ball, optimizing receiving and passing accuracy.

What do you think of Nike’s latest viral ad? Let us know in the comments!