Today, Puma have released a viral video to promote the ‘Lightest boot in the World’.

Now, barring some sort of absolute masterstroke by Puma, you know and I know that they have to be talking about the Puma v1.10 SL!

If you read our latest From the Sole piece, then you know that we think the v1.10 SL is being drastically under-represented by the guys at Puma, so we’re thrilled to see the German brand put two if it’s biggest names behind it.

Usain Bolt has been doing some great cross-promotional stuff with Puma football – as you know, he wore the Africa Unity kit and a Unity-themed singlet to race in back in May – so he’s the perfect man to attach to a football boot that is designed like a running shoe.

Samuel Eto’o, is definitely the biggest name that Puma have on their books – but as a player, he’s notoriously picky with his football boots; constantly switching last season between the v1.10 & v1.08. So we hope that Sam Eto’o takes a liking to these football boots, so we can start seeing them in the Champions League & Serie A.

Now, moving into speculation territory (always dangerous, we know!) why would Puma not name the ‘World’s Lightest Boot’? And why not actually show the boot at all? 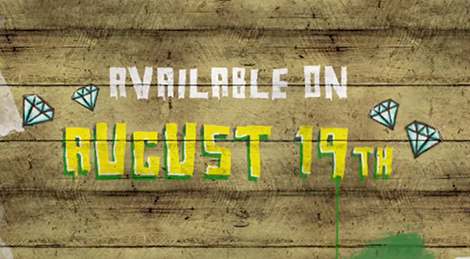 We’re guessing that Puma are launching a very special new colourway, some of the text in the video description claims that it’s ‘Inspired by Jamaica Design for Speed’ (let’s face it – the clean cut white and blue launch colourway is the least Caribbean thing in the world).

So, can we expect a new Green and Yellow v1.10 SL? And what’s with all the diamonds – Are Puma going to make the v1.10 SL the most Bling boot in the world as well as the lightest?

We really hope so! But we’re going to have to wait until August 19th like the rest of you to find out!

Until then, use the comments to discuss what you think Puma is up to with this new ad!

Written By
Kyle Elliot
More from Kyle Elliot
Who would win in a Fantasy Football contest between the biggest brands...
Read More