A player who has proved himself one of the fastest, most accurate and downright dangerous strikers since arriving in the Premier League is Newcastle United’s Demba Ba.

The powerful Senegalese forward has proven a nightmare for defenders and goalkeepers alike both home and away from St. James’ Park, and despite a shaky start to the season for the Magpies, Demba Ba thinks a turning point could co-incide with his new football boots.

We caught up with the former Hoffenheim hitman at a rainy photoshoot in the North-East, where Ba was introduced to his new foot wear for the first time.

A proponent of the leather adidas F50 adiZero, Ba is still clued up on his football boot enough to notice the new SprintSkin upper is thinner than the predecessor and has some great advice on picking the right boots for you – as well as hitting the perfect volley.

Also, for all our Facebook friends out there, we put a handful of questions to the man himself – so keep an eye out for your name and question! 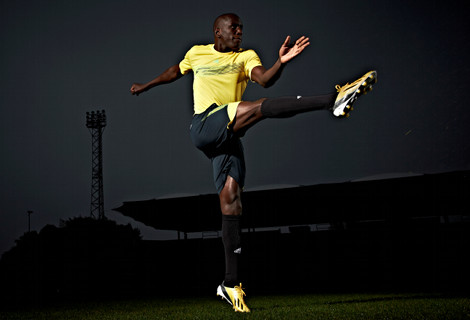 Demba Ba wears the new adidas adizero f50 – the fastest boot in football, which is on pitch from November. The boot is available at adidas own-retail outlets as well as specialist stores worldwide from December. For further information please visit adidas.com/football or join the Twitter conversation @adidasfootball.

Written By
Kyle Elliot
More from Kyle Elliot
Both sides left with regrets in Rustenburg on Saturday night.
Read More