adidas’ adverts for the new adiZero have been few and far between since roaring out of the gates with a massive Leo Messi-centred campaign.

But thankfully, adidas aren’t ones to leave us hanging on very long, and have come up with two great new ads to show off their fastest footwear.

First up, Bayern Munich star Arjen Robben steps into the latest colourway of his customary adiZeros for a training session at Bayern Munich.

However, the Dutch international doesn’t seem to be having the best of days, as someone on his team keeps out-shining him on the training pitch!

The former Chelsea and Real Madrid winger soon gets to bottom of the mystery, though as he discovers his training-ground nemesis is none-other than himself!

Next, we head across the continent to find Karim Benzema treading the turf at the Alfredo di Stefano stadium in Real Madrid’s Valdebebas training complex.

The fleet-footed French forward racks up the stats in his smart footwear, with a pretty nifty overlay showing the data being counted as he plays.

Benzema then takes a break to upload his data to an iPhone, showing off his respectable speed of 28.2 k/h (17.5 m/h in old money). 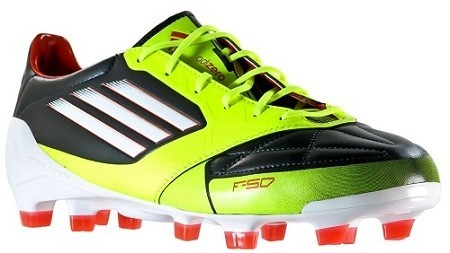 Both players are showing off the hot new Phantom / Electricity incarnation of the new adiZero, and the two ads show off the greatest aspect of the miCoach tech in two different ways; Benzema’s stats are a challenge for others around the world to beat him, whereas Robben uses miCoach to push himself harder in every training session. 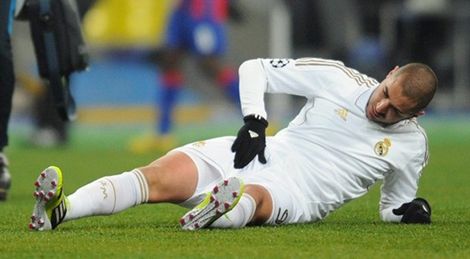 Interestingly, Karim Benzema has taken a little while to come around to the newest version of the adiZero miCoach, and even now seems to avoid wearing the miCoach in a competitive match – even going so far as to have a custom pair of football boots made with the soleplate from the old adiZero!

Which is your favourite of the two ads for the adiZero?

Written By
Felipe
More from Felipe
Two of the football boots nominated in the Football Boot Awards 2007...
Read More