November 16th 2004 – Barcelona travel to Porto’s new Estadio Dragao for friendly to inaugurate the Dragon’s new ground. Billed as a slightly meaningless friendly by many, it became a night to be etched into Barcelona history as Leo messi played in the first team for the first time.

The game was patchy affair, not helped by an embarrassingly bad pitch, with Barcelona fielding a mostly scratch team lacking most of their star power.

And whilst the Blaugrana fell to a 2-0 defeat to the Portuguese powerhouse, Barcelona fans will remember the match fondly as a young Leo Messi took to the pitch for the first time. 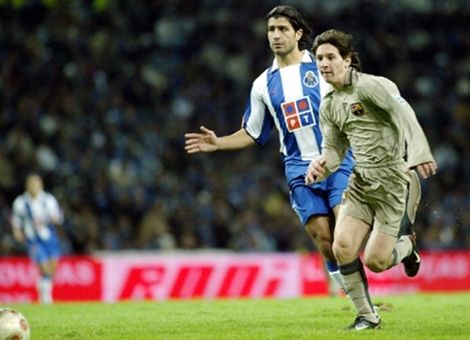 Lining up alongside Xavi, Rafa Marquez and Luis Enrique, the diminutive Argentine started an ascend to super-stardom that many could never imagine.

Now the face of the new adidas F50 adiZero miCoach, fate had it that Messi would be wearing the Nike Mercurial Vapor that night!

Due to Barcelona’s agreement with Nike – which saw any youth team players with out a football boots deal play in Nike by default – the fresh-faced young Messi played out the first minutes of his Barcelona career in football boots of the rivals of the brand that he now fronts.

Written By
Kyle Elliot
More from Kyle Elliot
Warrior have updated their Skreamer football boots for the new season, but...
Read More