Okay, so the Manchester United vs. Chelsea game didn’t exactly live up to it’s blockbuster billing. Whilst we expected a storied rivalry to be ignited with some exciting new subtext, we instead got a battle of attrition between two teams who seem to almost-too respectful of one another’s position as equal favourites for the title this season.

One bright spot in the game, however, was adidas kitting out Manchester United striker Robin van Perise in an all-new pair of custom football boots for the game. So, at least us boot-aficionados had something to appreciate over the 90 mins, even if the soccer wasn’t exactly scintillating. 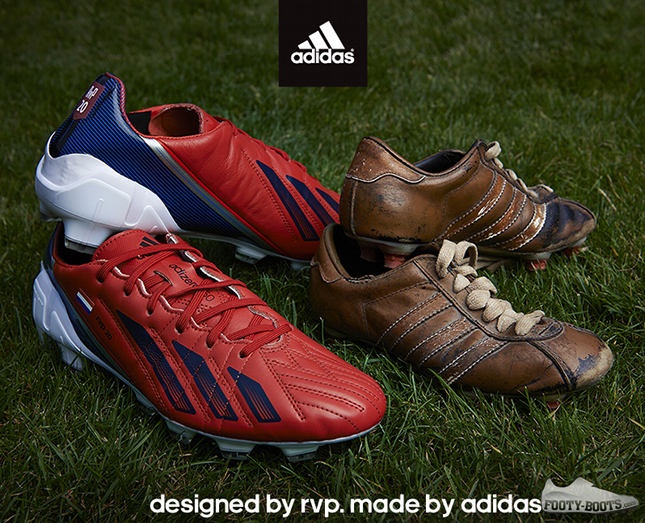 With no signature wonder-volleys to give these custom creations the headlines they deserve, adidas have released a very special series of images putting Van Persie’s new F50 adiZeros alongside the boots he first wore when he was only six years old.

A sturdy-looking leather number with a classic six-stud soleplate, RvP’s old cleats certainly provide us with a reminder of how times have changed in the boots business in such a short time. 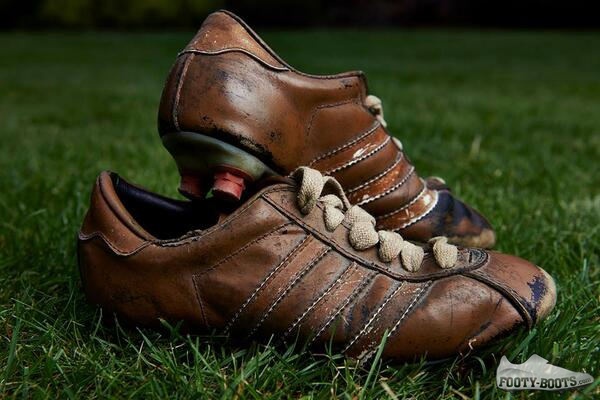 Being a natural left-footer, it’s no surprise that Van Perise’s first footy boots are heavily scuffed on the left shoe, well before the former Arsenal man was coached to work on his ‘chocolate leg’.

It also speaks volumes on the level of boot customisation available to players in today’s modern market. Whereas we’re sure the former Arsenal man’s vintage brown and white numbers will undoubtedly have a fair few admirers, the red and navy colourway on his F50’s was chosen by RvP himself on miadidas (which you can always play around with, here.). 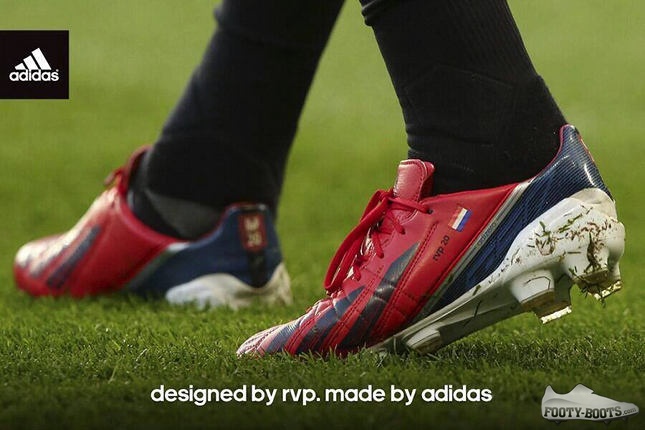 Then, there’s the level of performance customisation on the Dutchman’s boots. After dedicating a whole article to uncovering the mystery behind Van Persie’s choice of upper in the Community Shield against Wigan earlier in the month, adidas are now being a lot less coy with the amount of tweaks made to the F50 to keep their main striker scoring.

As well as the adidas Predator adiPower soleplate being utilised instead of the standard F50 model, Van Persie’s latest custom boots also boast an added level of stitching from the lace eyelets for a more comfortable break in. You’ll also notice the Manchester United star’s iconic three stripes are printed on to the leather upper of his adiZeros, rather than stitched. 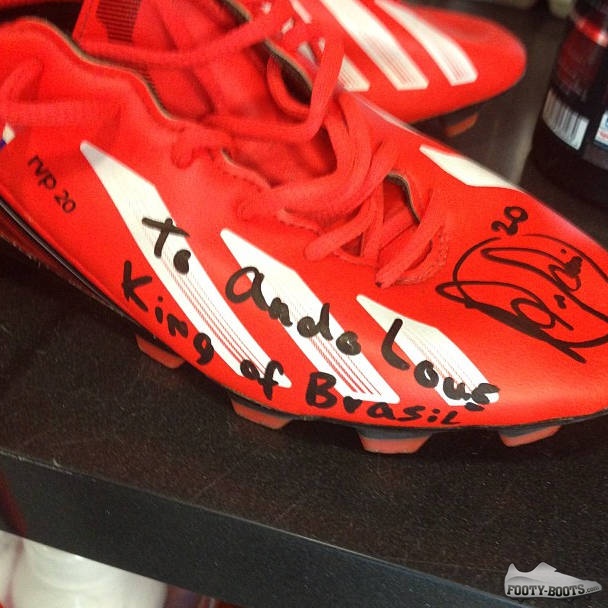 When compared to his Community Shield boots – seen above after gifting them to teammate Anderson – it’s fair to say they’re, again, an altogether different boot, with the Infrared / Black / White model worn at Wembley boasting no stitching and a less natural-looking, possibly synthetic leather upper.

Still, Robin van Persie’s boots are almost as exciting to watch as he is on the pitch, and we hope he continues to keep trialling and testing tweaks and customisations to his boots – if only to give us something to talk about!