When Sir Alex Ferguson busted the bank to bring Robin van Persie to Arsenal this summer, the' wily' Scotsman was likely thinking of his goals, work-rate and vision – but he has also brought an unexpected dividend to the club by becoming the number one choice amongst North American soccer fans when buying football shirts. 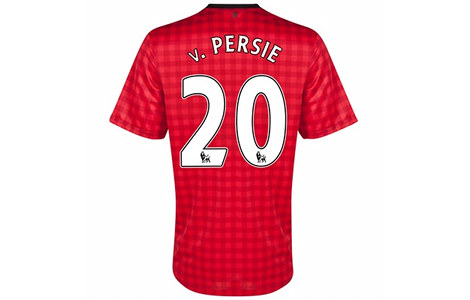 The prolific Dutchman might have endured a difficult Summer as the Netherlands crashed out of Euro 2012, but since departing Arsenal RvP has been on fire at club level, with 15 goals in 21' appearances' so far this campaign.

The 29-year-old’s scoring antics seem to have resonated well with football fans in the United States and Canada, who have dashed to pick up their Manchester United 2012-13 Home and Away shirts with van Persie & his number, 20, printed on the back.

Joining the former Arsenal man in the top two is his partner in crime, Wayne Rooney, whilst rival Striker Fernando Torres rounds out the top three.

Clint Dempsey sees a big jump in his native territory as his move to Tottenham has catapulted him amongst some of the Premier League’s biggest names, whilst the large contingent of American Arsenal fans have elected Jack Wilshire as their new poster-boy, despite a lengthy injury lay-off.

Any surprises in there? Let us know in the comments!

Written By
Kyle Elliot
More from Kyle Elliot
Zlatan customised his football boots in a very different way to what...
Read More