Chelsea have had a ‘come and get me’ cry from Hamburg’s Dutch start Rafael van der Vaart. 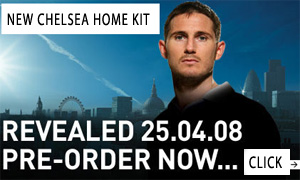 Avram Grant has made it clear that he intends to buy big in the summer, which is good timing for attacking midfielder Rafael van der Vaart, 25, who has publicly made his Chelsea intentions clear.

CHELSEA READY TO SPLASH THE CASH

The former Ajax playmaker, currently plying his trade in Germany with Hamburg, is a renowned dead ball specialist who has hit double figures in the scoring charts in the last three seasons at Hamburg. He has also gained 50 caps at international level with over a ‘one in five’ scoring ratio at the top level.

Van der Vaart looks determined to move on now and is blatantly clear about his desire to join Chelsea.

I want my future resolved soon. I can’t say for definite that I will be staying at Hamburg.

Chelsea, or another top club, could come along and make an offer for me and I would want to join them.

I have always said I’ll want to join a club like Chelsea if they come along and offer the right money for me.

Written By
Felipe
More from Felipe
Birminghan City boost their survival chances with a home draw against Everton.
Read More