There’s no doubt that Puma pulled off one of the greatest sponsorship coup‘s when they signed Usain Bolt – ‘The Fastest Man on the Planet’ to their books. 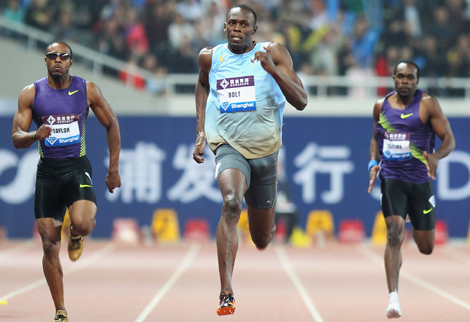 The Jamaican Sprinter has been irrepressible form since his now-legendary triple-gold medal performance at the Beijing Olympics, setting a further two World Records at the World Championships in Athletics last year.

So, at the first major event of the Athletics calendar, the 2010 IAAF Diamond League Series in Shanghai Bolt™s race singlet was designed in to match the same graphics as the Africa Unity Kit -the World™s first continental football kit- which many of PUMA sponsored African football teams have been wearing to show solidarity for the continent of Africa. 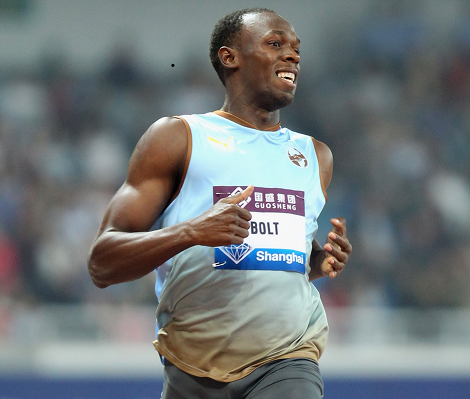 Bolt himself said of the kit – œFootball is one of my favourite sports and I™m looking forward to watching the World Cup this summer. Last year, I had a chance to meet Samuel Eto™o (Cameroon) and some of the other African football players,

œIt™s an honour to wear the same colours during the Shanghai meet that PUMA™s African football teams have been wearing throughout the year. This is one way that I can cheer them on from afar. Whether we play football or run track, we™re all united as part of PUMA family and as proud athletes representing our home countries.

The singlet is good and all, but our favourite part of his race day get-up has to be his new running spikes! Bolt wears the PUMA Lava Spike – which as you can probably tell, shares much in common with the Puma Tricks range of football boots! 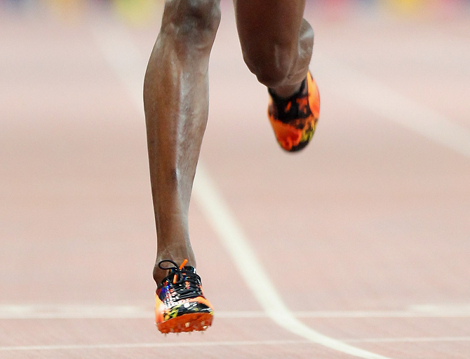 The PowerCat 1.10 Tricks, v1.10 Tricks and Bolt’s Puma Lava Spikes all share the distictive Navy/Fluro Peach colourway and are designed to represent the scorching magma at the Earth’s core, and the sheer power it holds.

In January, PUMA and UNEP launched the Africa Unity Kit, the world™s first continental football kit. Proceeds from the sale of the replica fanwear Unity jerseys will help fund biodiversity programs in Africa. The colours represent the African soil and sky—and the brown pantone was custom created by mixing soil samples from four African nations.

The Africa Unity Kit has been recognized as the official 3rd kit for PUMA™s 13 sponsored African teams, four of which have qualified for World Cup (Cameroon, Algeria, Ghana and Ivory Coast). Whether on the pitch or on the track, the spirit of Unity is alive and well and what better ambassador than Usain Bolt, who™s known to be to be a huge football fan in his own right.

So, what do you think of the initiative?

We’d like to see more cross-promotion in sports, for example – Puma are well known advocates of the Ferrari F1 Team, how about getting one of the cars in Africa Unity Kit Colours!

Written By
Kyle Elliot
More from Kyle Elliot
Find out why Scholes opted for the T90-takedown for his return to...
Read More