The Mighty US Men’s National Team finally have a new Home Shirt! 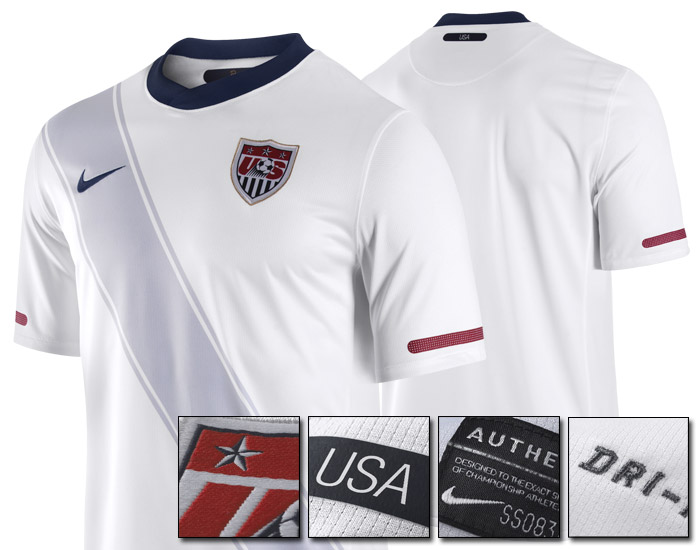 Nike have kitted out their homeland with some awesome kits over past few seasons – with last year’s even nominated in the Footy-Boots Awards for best Kit design!

Taking inspiration from the kit that the USA Team were wearing in the 1950’s ‘Miracle on Grass’, when the Americans, who were on a 7 Game-Losing streak, managed to turn over the heavily favoured England: 1-0.

The States will be hoping for a similar outcome from their Group Game against the English in June!

The shirt is part of Nike’s Environmentally friendly range, meaning that the material is woven entirely from recycled materials.

Other features include the ‘Don’t Tread on Me’ Motto (that we first saw on Clint Dempsey’s Superflys) in the form of a coiled rattlesnake graphic on the inside of the collar, and making and appearance on the reverse of the US Crest, as a piece of inspiration when the player pulls on their shirt.

Written By
Felipe
More from Felipe
Frenchman Anelka nets a hat trick to pick up the Footy Boots...
Read More