Under Armour recently launched a new speed boot to replace the very capable SpeedForm. Could the new boot live up to the standards set by it’s predecessor?  Find out as we put the new boot under the Spotlight.

Under Armour introduced the SpeedForm in 2015 and we were impressed. It had a couple of flaws, notably the toe box which, whilst it didn’t hurt it didn’t offer anything either. The other niggle was the lack of support in the boot, something that became more apparent the more we used the boot. Other than that the SpeedForm really rocked and we thought it was here for the long haul. But no, a year later and Under Armour revealed a new speedster, The Spotlight.

With such affection for the SpeedForm, we cautiously took up Under Armour’s offer to try the new Spotlight. The location was Aston Villa’s training ground, and the Villa training team were on hand to make sure we gave the Spotlight some stick. 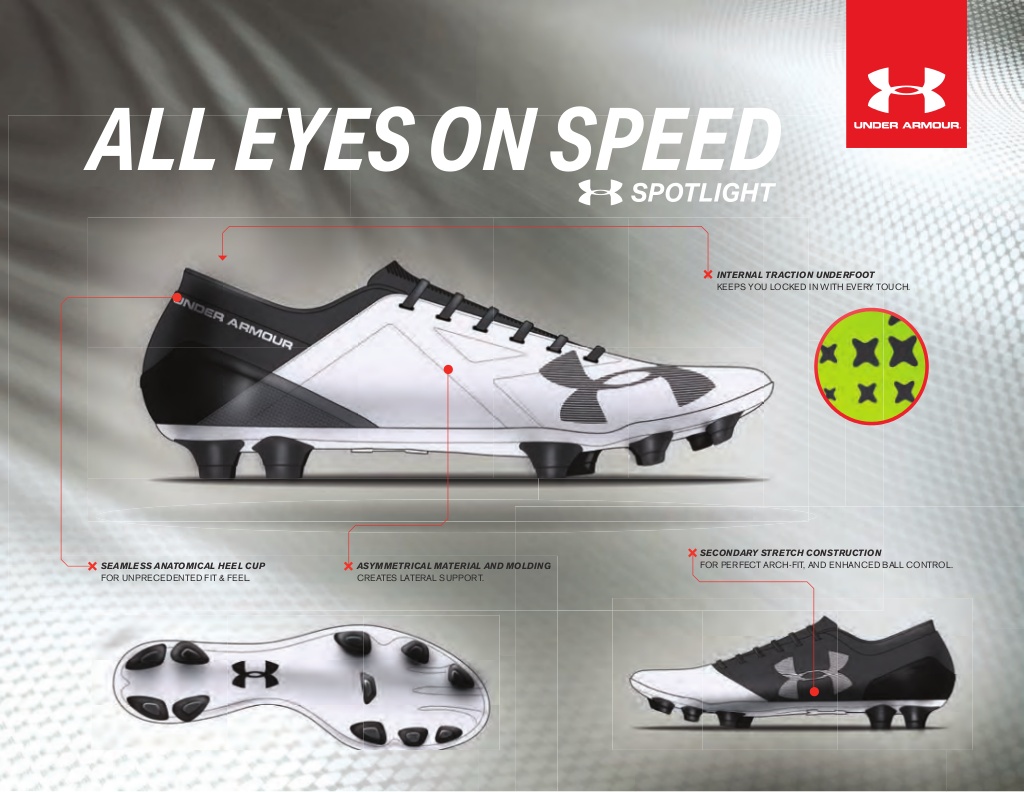 You can lace the Spotlight up straight out of the box and play, they’re that comfortable and needed no break in whatsoever.

UA have kept all the best bits from the SpeedForm and improved on the areas that needed attention.

The Spotlight is not the lightest speed boot out there as it weigh’s in at just over 200 g’s, but it offers plenty of other benefits that mean this is a boot to be reckoned with.