Over the past six months, Under Armour’s ‘Elite Athletes’ have been road testing a brand new boot. As the boot gets closer to being officially released that testing has been intensified and the boots have started to make their way into competitive matches.

Memphis Depay in a whiteout Under Armour Spotlight football boot.

We managed to get our hands on a pair of prototype SpotLight’s which are usually reserved for the pro’s. Unlike Memphis Depay’s whiteout prototype, this one is a blacked out camo version. 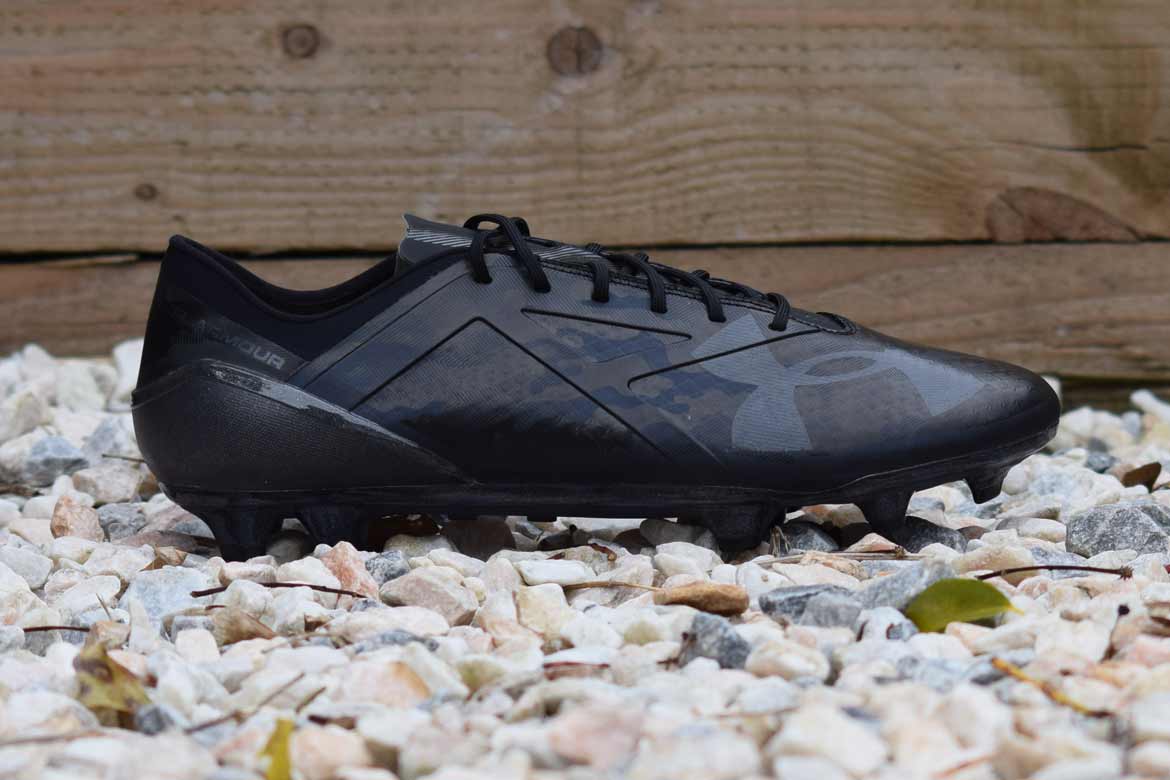 The SpotLight is aimed at the speed boot market and will supersede the UA SpeedForm which was introduced in May last year.

This next generation boot from Under Armour builds on the success of the SpeedForm, keeping everything that worked so well and making select improvements to make this boot rock! 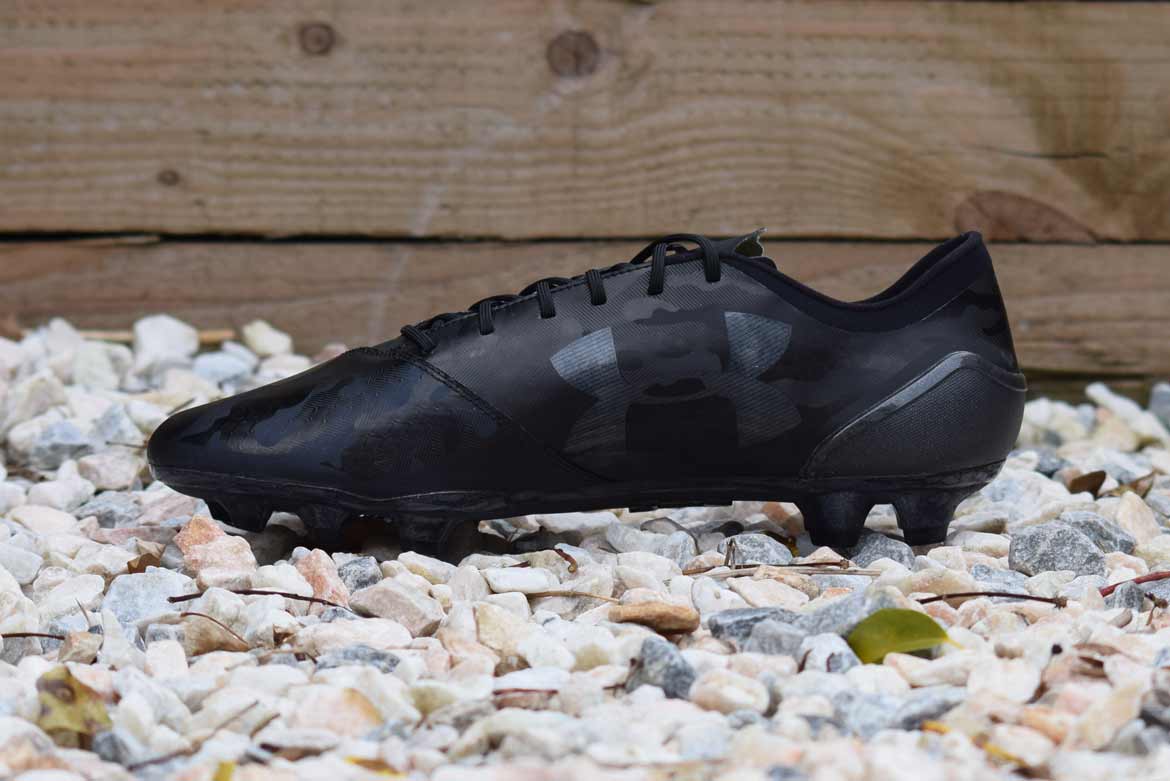 First off the upper. It’s slightly more rigid than the SpeedForm upper but by no means stiff. The seamless, anatomical heel cup which is so comfortable remains.

On the inside, UA have taken away anything that can irritate, or rub against your heel. The seamless material, like a compression shirt, moulds around your heel like a second skin.

Introduced to the UA Spotlight is an Asymmetrical Material and Moulding on the lateral (outside) side of the boot. If there was one grudge we had with the SpeedForm, stability was it. Now the SpotLight has addressed this.

And, for even more security, the footbed features internal traction pads under your foot to lock you in. 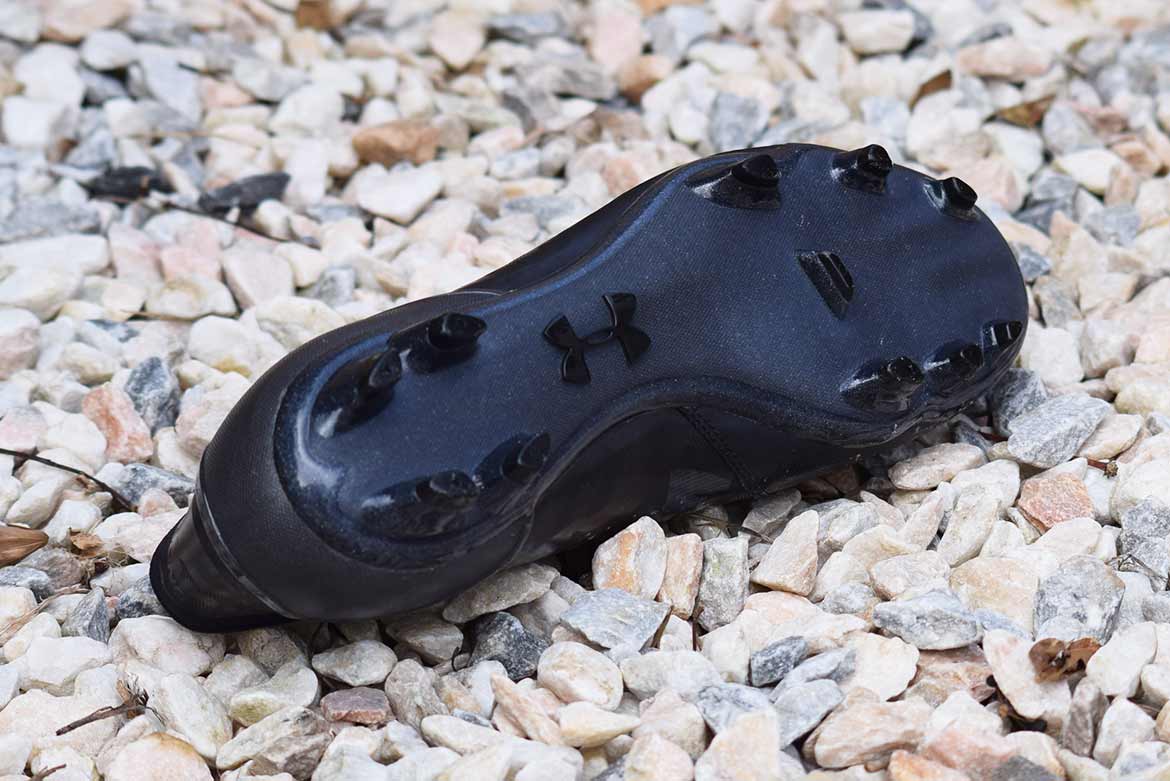 The outsole is unchanged, with linear stud shapes to give you that burst of speed off the turf.

The toe box that sounded like a good idea on the SpeedForm has been removed, in use it didn’t really keep your toes in position so it’s been cut. 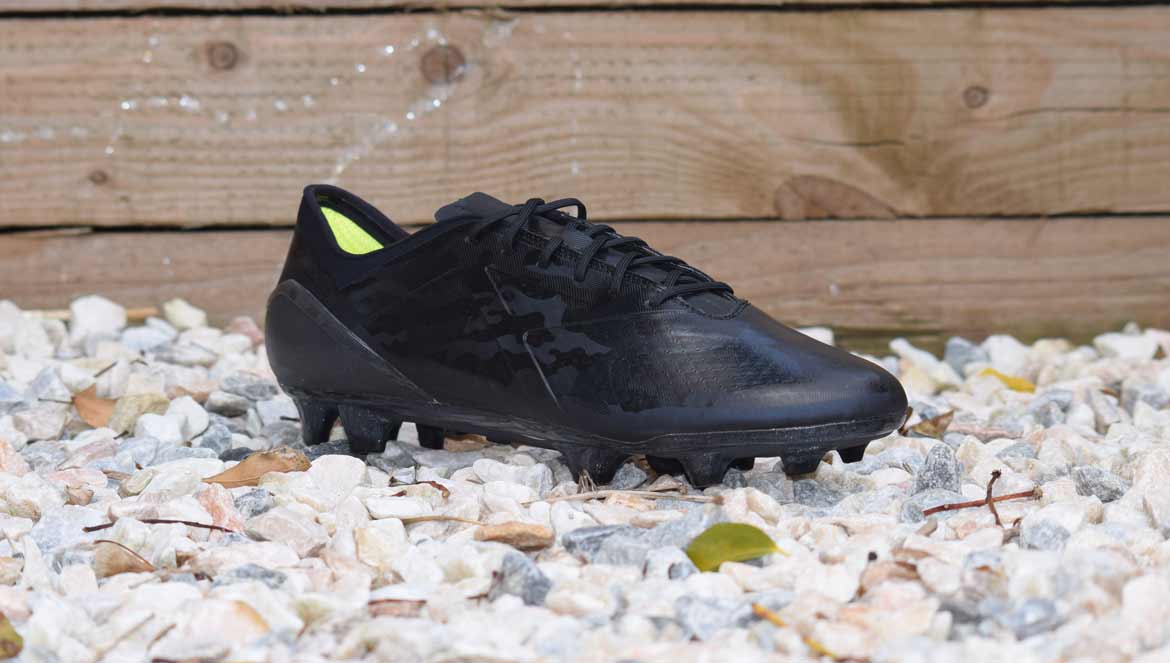 The SpeedForm was a seriously good football boot, but with the SpotLight it really does look like Under Armour have fine tuned things and moved their ‘Speed Boot’ up a notch, especially with the addition of the lateral support moulding.

It is not the lightest boot out there, but it’s far from heavy and for a speed boot it offers an incredibly comfortable ride.