“UA11 Unsung Heroes”'  a fab new competition where you showcase your skills. 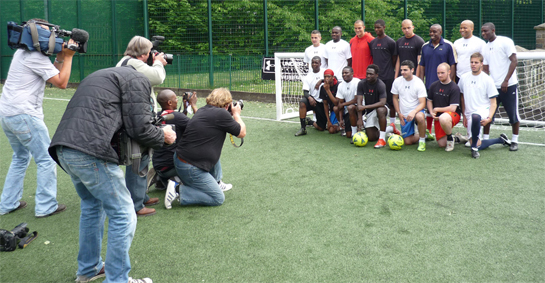 Under Armour, who have made significant strides since entering the football boot market place, have launched an online competition designed to find the next generation of football’s most gifted amateur players.

The competition which runs in the UK, Germany, Austria and Ireland, invites grassroots players who are serious about their game to produce a football video that demonstrates their silky skills and football prowess.

To enter, you simply need to upload your video to YouTube or any other video-sharing site and submit the link through a new Under Armour website.

Under Armour’s panel of judges will review the clips and publish the best 11 videos. Winners will receive prizes ranging from Under Armour ColdGear base layers (which we tested recently on Footy Boots) to the new football boots launched this year.

The competition builds on the Under Armour 11 ‘test team’ concept which celebrates Europe’s best semi-professional and amateur players.

The campaign website (www.UA11competition.com) showcases Under Armour’s football boots, the Create and Dominate, which are aimed at serious players – players who are professional in all but name.