It’s not often we’re challenged to ‘earn’ something here on Footy-Boots.com.

Oftentimes, an email will land in our inbox with a press release, a pre-done interview or a nice .zip file full of imagery.

Under Armour took a slightly different tact a couple of weeks ago, throwing down the proverbial gauntlet; if we wanted to cover their new ‘Amour’ Baselayer range and accompanying #EarnYourArmour campaign, we’d have to ruddy well work for it. 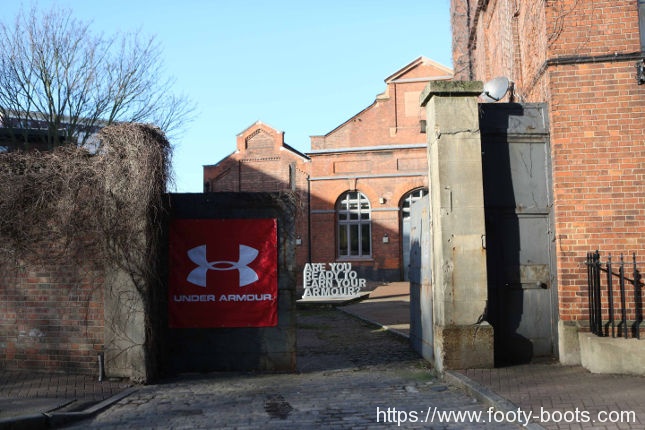 And so, after dusting the powdered sugar from our keyboard, we took Under Armour up on their challenge. If for no other reason than to prove to ourselves that we weren’t the least-unfit of the sports media, and call out Under Armour on their audacity face-to-face.

But this approach is in with how Under Armour are attacking the start of the year, with a first ‘live social media’ campaign.

If you’re going to go on Twitter and brag about your new PB in the squat rack, you’d better watch out; Michael Dawson from Hull City, the USMNT’s Jermaine Jones or Rugby Union star Leigh Halfpenny could well call you out on improving that in your next session, giving you the chance to #EarnYourArmour 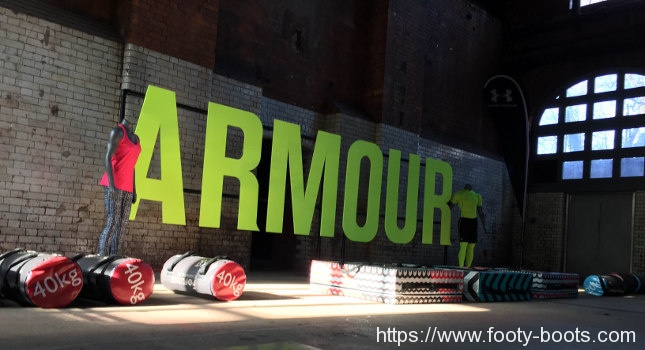 For your intrepid Footy-Boots.com reporter, that meant rolling up to a repurposed pumping station in Wapping, London in the middle of a cold-snap.

Looking like the sort of location you could see Guy Ritchie using to film a drug-deal-gone-wrong scene, to this venue was to host a different type of pain.

Trainer Richard Tidmarsh, who has worked with sportspeople of basically all disciplines was on hand to push us through a HIIT (High Intensity Interval Training) gauntlet throughout the morning. 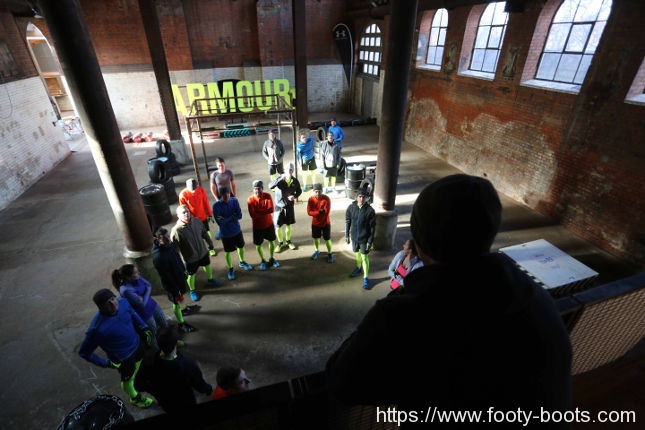 Tidmarsh explains that most sports aren’t played at a continuous pace, so a workout incorporating HIIT tends to align better with ‘match fitness’.

For ambitious readers, that could mean something like adding in a shuttle-run in between their box-jumps.

However, for us, that meant burpees, pull-ups, tyre flips, fortress bag squat-and-cleans and a number of other exercises that are giving us phantom DOMs just thinking about them. 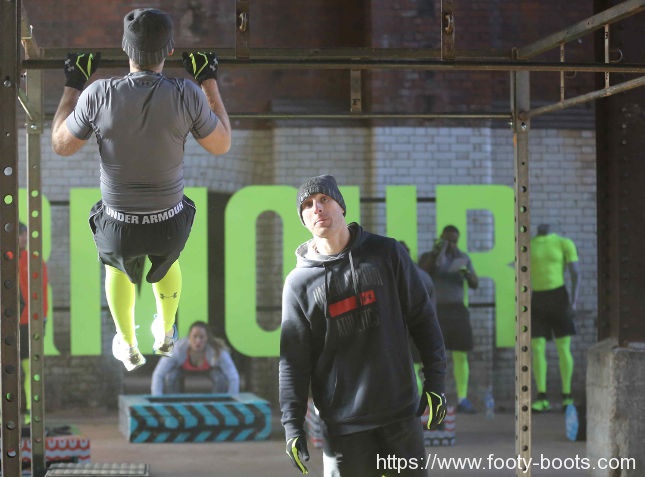 After we’d been put through the wringer, Richard and the Under Armour team revealed that they’d been scoring our efforts, and if we really wanted to earn our Armour, we’d be doing it all over again – and would have to beat our current scores.

Needless to say, we Earned Our Armour. Even though it did leave editor Kyle in need of some unorthodox emotional support after the end of that second round… 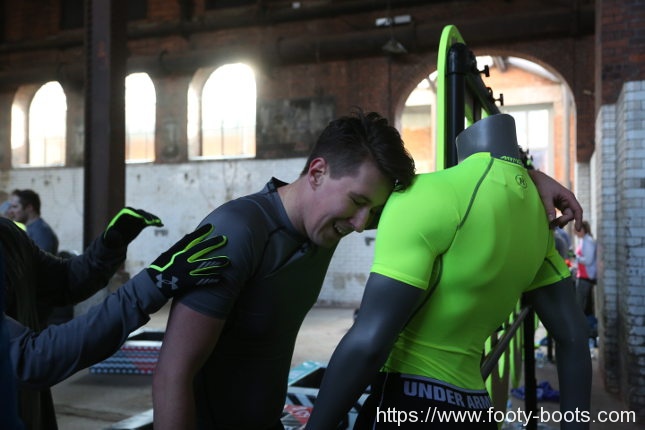