Establishing a reputation is a good thing; unless you get pigeon-holed. The Under Armour Dominate Pro were one of the first football boots to get the Footy-Boots.com treatment, and every other Under Armour cleat we’ve tried has been much of the same; unparalleled in the comfort stakes but technically a little unexciting or style-over-substance.

It’s just as well, then, the the ClutchFit Force is the sort of boot that looks, feels and plays like a breakout release; a fresh start for a brand re-doubling it’s efforts in the game with a unique take on football boots.

Thankfully, this renewed design doesn’t throw the proverbial baby out with the bathwater – Under Armour’s comfort factor is still high.

A big part of this is the 4-D Foam footbed; this superb sockliner is phenomenally comfortable under-foot; if you’re getting stud pressure wearing these, you’re probably playing on concrete. Don’t play on concrete, kids. 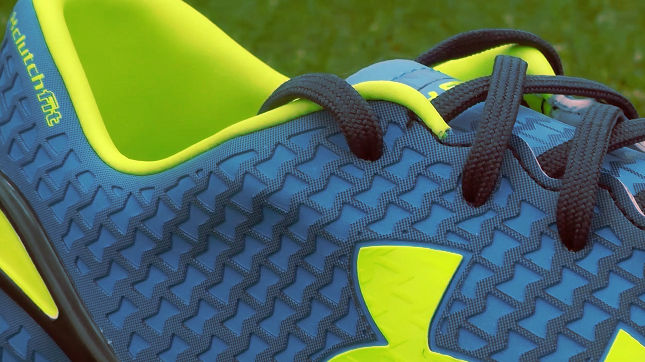 Speaking of stud-pressure, the traction plate on the ClutchFit Force is very good indeed, more than capable of standing shoulder-to-shoulder with boots like those which use adidas’ Sprintframe.

Not only that, the unique bone structure-inspired support zones provide a pleasing amount of give and bounce to each stride out on the green stuff; the perfect antidote who find materials like Carbon Fibre to be a little too demanding or stiff for their style of play. 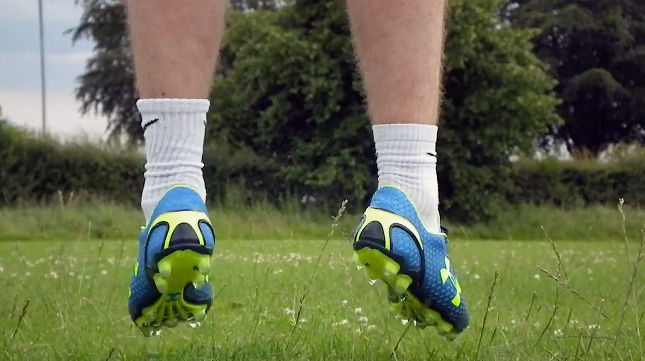 That flexible, bespoke-feeling ethos is something that runs true with the upper; a two-way stretch Trivella micro fibre creates a unique, organic level of give that is evident from the moment you put them on.

The comfort factor is boosted by the smooth, synthetic leather heel liner and tongue; whilst we’re usually fans of boots with suede heel liners, the ClutchFit Force’s lockdown fit means that this extra friction is not missed. 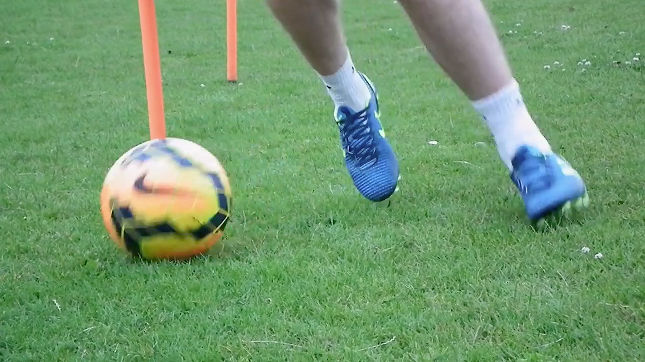 So, aside from the comfort how does that upper translate into performance on the pitch?

Well, the 3D-printed second layer to the upper is the main boost in this department; rubberised and raised texturally from the rest of the upper, the whole boot benefits from added friction and enhances that all-important sense of touch.

We will say that it’s a bit unusual not to see this style of friction-boosting rubber isolated to certain parts of thew shoe, and maybe had the boot tried to ape peers like the Predator, Wave Ignitus or evoPOWER we might see more padding in the upper around the forefoot.

But, our favourite thing about the Under Armour ClutchFit Force is the boots sense of versatility; at around 250g per shoe, this is not a heavy boot – but with a two-later upper and external heel counter, this isn’t a boot afraid to take a few knocks.

Unbound by position or labels, this is a boot we wouldn’t hesitate to recommend to anyone looking for a modern football boot that can operate anywhere on the pitch, as long as comfort and touch are high on your agenda.