Under Armour are looking to kick off a pivotal World Cup year with the release of the Under Amour Blur Carbon IV.

Successor to the Blur CBN IIII (which we unboxed earlier in the month), the Blur Carbon IV aims to address the main issues players seemed to have with the last iteration; the upper.

A super-smooth synthetic, the CBN III wasn’t a high-performer in wet or inclement weather, with the frictionless upper offering little purchase on the ball. 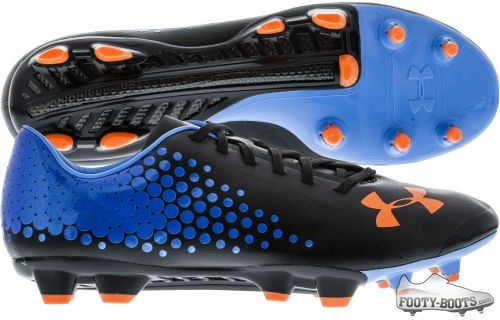 This time out, Under Armour have gone with an exotic-sounding Wallaroo synthetic microfibre that claims to offer a leather feel with all the waterproofing advantages of a synthetic.

UA have also ditched the ‘wraparound’ tongue and lacing system from the previous model, instead going for a more traditional style system that will look to improve on comfort and reduce slippage.

You also might notice the ' carbon fibre ‘wing’ that was the trademark of the prior model has been ditched. We can only imagine the new upper and lacing system have made it redundant – however, we will miss that distinctive call-out that marked out the CBN III as the ‘ultimate direction-changing machine’. 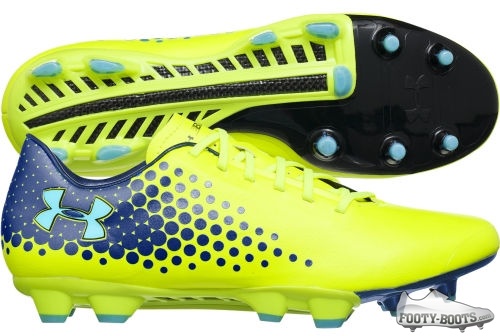 The Under Armour Blur Carbon IV retains much of the' overall shape of the last model, along with much of the ‘under the hood’ technology.

Under Armour’s signature 4D foam and MicroG footbed once again offer class-leading comfort on the insole, and the weight is once more just shy of the 200g mark in a UK 8.5.

The soleplate is again a combination of conical and bladed studs for ease of movement in the toes and stabilisation in the heel. You’ll also note a carbon fibre spine that runs from heel to midfoot for exceptional energy return and improved stabilisation in this key area of the foot.

Under Armour Blur Carbon IV, 8.4 out of 10 based on 27 ratings https://www.footy-boots.com/wp-content/uploads/2014/01/under-armour-blur-iv-carbon.jpg

Written By
Kyle Elliot
More from Kyle Elliot
What's your game face? If adidas deem it to be good enough,...
Read More