We’ve always stressed the importance that the right pair of football boots can make to your game, and companies like Nike and adidas have revolutionised the way we think about the kit we wear on the pitch with technologies like Dri-Fit, climacool and TechFit. 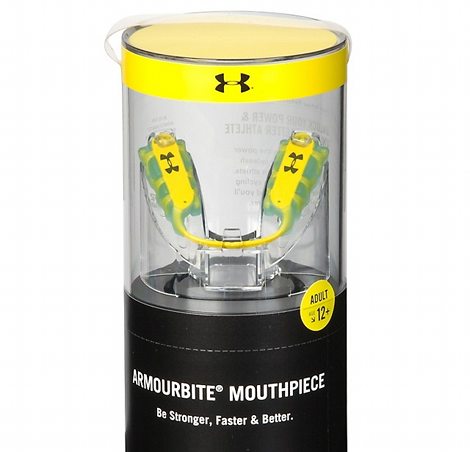 The new' Under Armour ArmourBite claims that it can boost nearly every aspect of your athletic performance by boosting the quality of the air you take in whilst on the pitch by doing one simple thing; keeping your airways open.

”Your jaw is the key to unlock the power you never knew was there” says Under Armour vice president, Eric Solem; what he’s referring to is one of the side effects of the adrenaline released when going toe-to-toe with an opponent.

When playing a competitive sport, your body’s natural instinct is to clench your teeth and lock your jaw – but according to Under Armour, this actually limits the amount of air that can get to your lungs, which means you’re unlikely to get the optimal amount of oxygen to your muscles and into your bloodstream. 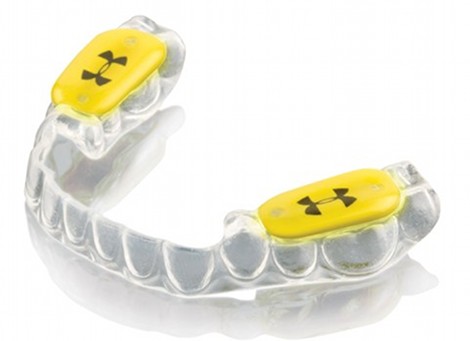 Every Breath You Take – A personalised ArmourBite mould.

By spacing the molars at the back of your mouth a precise distance apart, the' Under Armour ArmourBite allows more air to get to the back of the trhoat,'  which Under Armour say will do the following:

– 20% Stronger – More oxygen getting to key muscles will prevent muscles from tiring as quickly and increase strength.

– Reduces Athletic Stress and Impact Stress – Has all the benefits of similar-fitting mouthguards.

As well as the usual PR-Hype surrounding the Under Armour ArmourBite, several Universities and Colleges have come out in support of UA’s latest invention – including the famous Citadel College of South Carolina, who went as far as to say “Based on our studies, we find that the use of' Under Armour ArmourBite can directly improve athlete performance”. 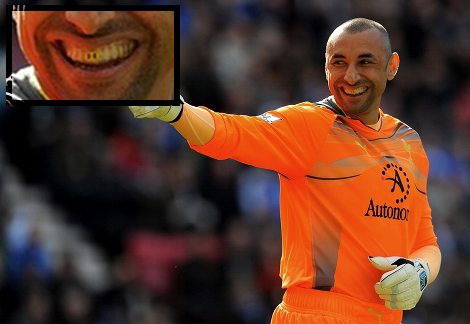 Two athletes that will be looking to prove the theory are Fulham’s Bobby Zamora and Tottenham Hotspur’s Heurelho Gomes – who will both wear the' Under Armour ArmourBite this season.

Not limited to football, the' Under Armour ArmourBite comes in two flavours – a low-profile mouthpiece that is suitable for football and other, low/non-contact sports, or a fully-fledged mouthguard for any rugby/American Football fans out there.

We’ll take any advantage we can get when it comes to boosting our game, and the science and studies backing the' Under Armour ArmourBite seem a lot more sound than the pseudo-holistic hocus-pocary of last season’s pre-season fad – the Power Balance band. Not to mention Under Armour’s tremendous track-record of producing top-drawer performance enhancing gear.

But what do you think? Is this something you’re likely to take a chance on before the start of the new season? Or do you think it’s a bit silly?