West Brom wore Umbro sponsored football shirts during the late seventies and early eighties before renewing its successful partnership with the Cheshire based company at the start of the 2006/7 season. The England football shirt sponsors will now remain will now remain the official supplier of the Baggies’ playing and training kit until 2011. 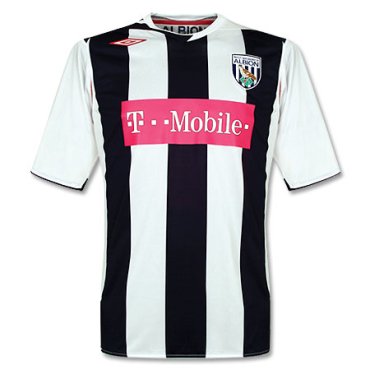 On signing the deal, WBA’s Sales & Marketing Director, Tim Gardiner, said: “We have enjoyed a great relationship with Umbro over the last couple of years. The opportunity to become the Club’s official kit supplier from next season onwards attracted a lot of interest and we were courted by several brands. But we felt extending our deal with such an established name as Umbro was right for the Club and supporters. The style and quality of Umbro’s training and playing kit has proved extremely popular with both the playing staff and fans.

Written By
Felipe
More from Felipe
David Beckham gives his first press conference ahead of his loan spell...
Read More