The Umbro Velocita seems to have all the ingredients for a big, Rocky-esque come-back story, wherein Umbro – who have been through the wringer lately – step back into the ring with a new boot that kicks all sorts of ass.

On paper, it’s all there. But as much as we love a good story here on Footy-Boots.com, we love putting a new boot through the review gauntlet even more – so let’s get to it.

Coming out of the box true to size, the Umbro Velocita‘s upper and tongue are going to be the very first thing you notice when you lace them up.

Both are engineered with a decent level of give and stretch for a single-layer synthetic material, making for a supremely streamlined fit that’s like little else on the market.

The Velocita‘s upper also breathes new life into the A-Frame Cradle. Always a ‘solid’ idea, the A-Frame now becomes an excellent one, as each adjustment of the laces coaxes the material ever closer to the contours of the foot.

One area of concern out of the box was the soleplate. Initially worryingly stiff, we didn’t notice any undue cramping or pressure during playtesting.

Feel // Touch – 5/5 : One of the top performing synthetic uppers out there right now 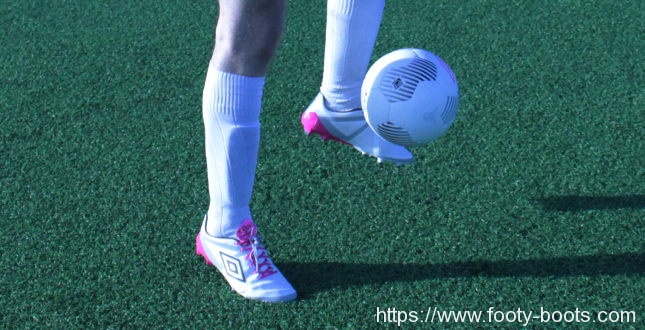 As you can well imagine, the single layer, sock-tight upper offers exceptional feel for the ball with an very minimalistic feel.

If you’re after a leather-like, padded feel like that offered on the Predator Instinct or Magista Opus, you won’t find it on the Umbro Velocita.

Instead, you’re getting the bare minimum – completely edited down for a clean feel and touch. Think somewhere between the Superfly’s Flyknit and the Hypervenom’s NikeSkin and you’re in the right ballpark.

Looks – 4/5 : Not for everyone, but undeniably sleek and clean 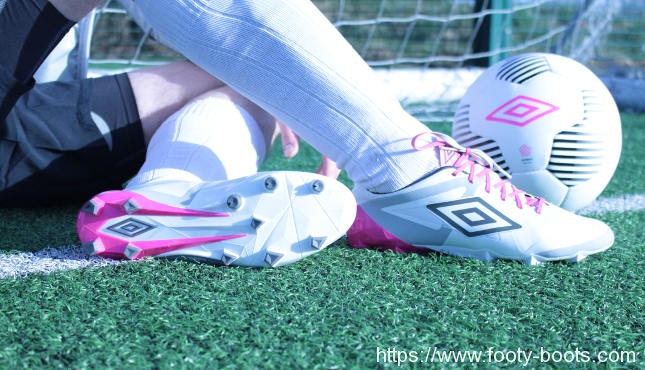 A white and ‘Nimbus’ grey with pink glo pop palette intersects across the linear lines of the Velocita with the cool of an 80’s laser show set up in a modern art exhibit.

If you invited Ryan Gosling’s character from the movie ‘Drive’ to your Tuesday night kickabout, he’d show up wearing these. 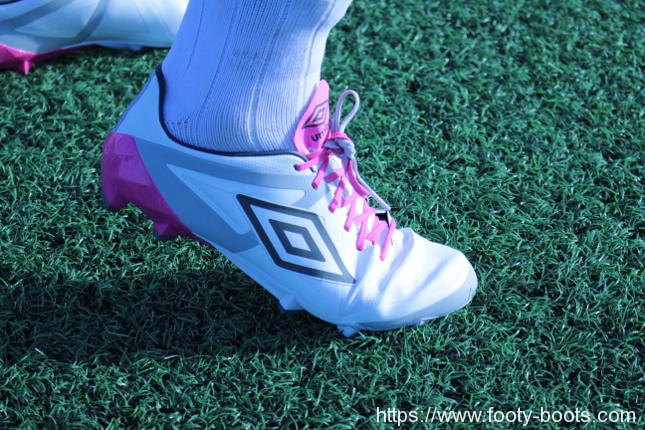 If you’re playing on harder ground, where scuffs and scrapes seem likely, then you’re going to want to stay on top of the Velocita‘s upkeep.

The white upper is actually fairly easy to keep clean, however the dimples attract a fair bit of dust and dirt, so they’ll probably never get back to being box fresh-white again.

Other than that, Umbro’s addition of a rubber toe-guard certainly adds confidence to the durability of the boot – however, the material is again prone to scuffs.

If you’re going to use the Umbro Velocita on rubber-crumb pitches,  prepare to get some marks on the soleplate.

Performance – 5/5 : Lightweight, low-profile and quick out of the blocks 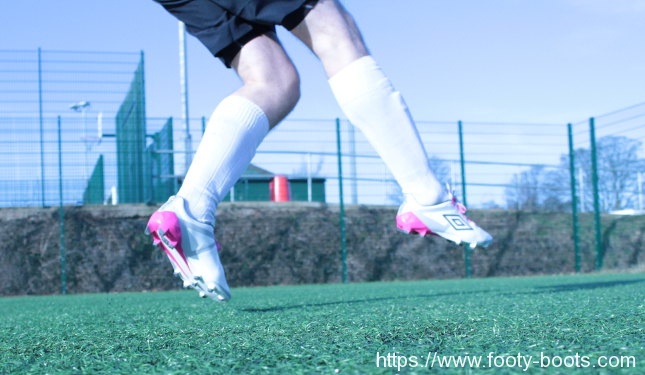 As mentioned earlier in the review, the Velocita is a very thin boot; thin upper, thin tongue and so on.

Combine that with the seriously sleek shape, and you’ve got a boot that really is just fantastic for pinging shots and crosses in.

The soleplate might not be as aggressive as some of the other lightweight boots out there, but I didn’t have any slippage or grabs from the turf.

Value: 4/5 – Below the average price for many football boots, and still packing top-tier features. 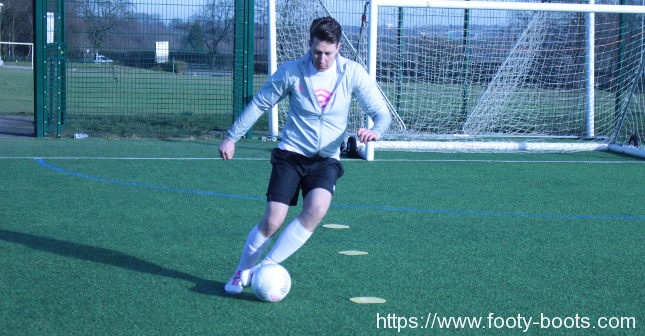 At £130, the Umbro Velocita are £20 below what I would consider to be the average price for a ‘statement’ pair of football boots.

With that in mind, Umbro are delivering a boot that tussles with the lightest of light cleats, and performs with the best of them, too.

Overall – 25/30 : If you’re keen on speed boots, do yourself a favour and don’t overlook the Velocita. 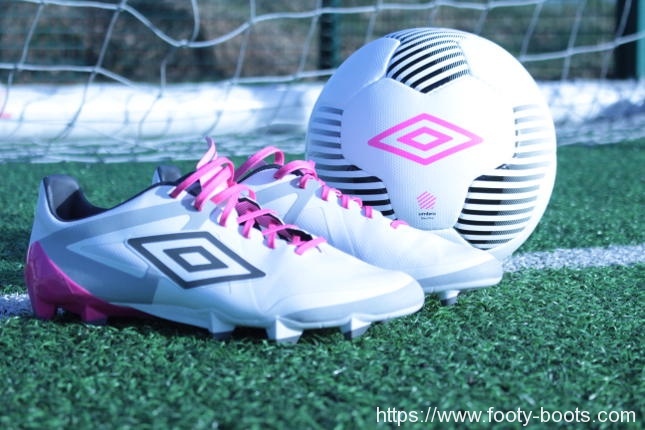 When I’m writing a review and tallying up the scores, most of the time I’ll adjust little things along the way, take the boot out for another run to make sure it’s worth the score, etc.

For the Umbro Velocita, I have absolutely no qualms about giving these boots one of our highest-ever scores.

If you’re not keen on knitted speed boots, mid-cut socks or overly-aggressive soleplates, the Velocita delivers what is a truly a benchmark lightweight release.

Whilst other brands have added tech and features, Umbro’s clever engineering means there’s a purity about this release that we find tough to resist.

Written By
Kyle Elliot
More from Kyle Elliot
We throw back to the 2003-04 season to the boots of choice...
Read More