Dropping just a week after the release of a total blackout Velocita, Umbro release a contrasting version of the silo. 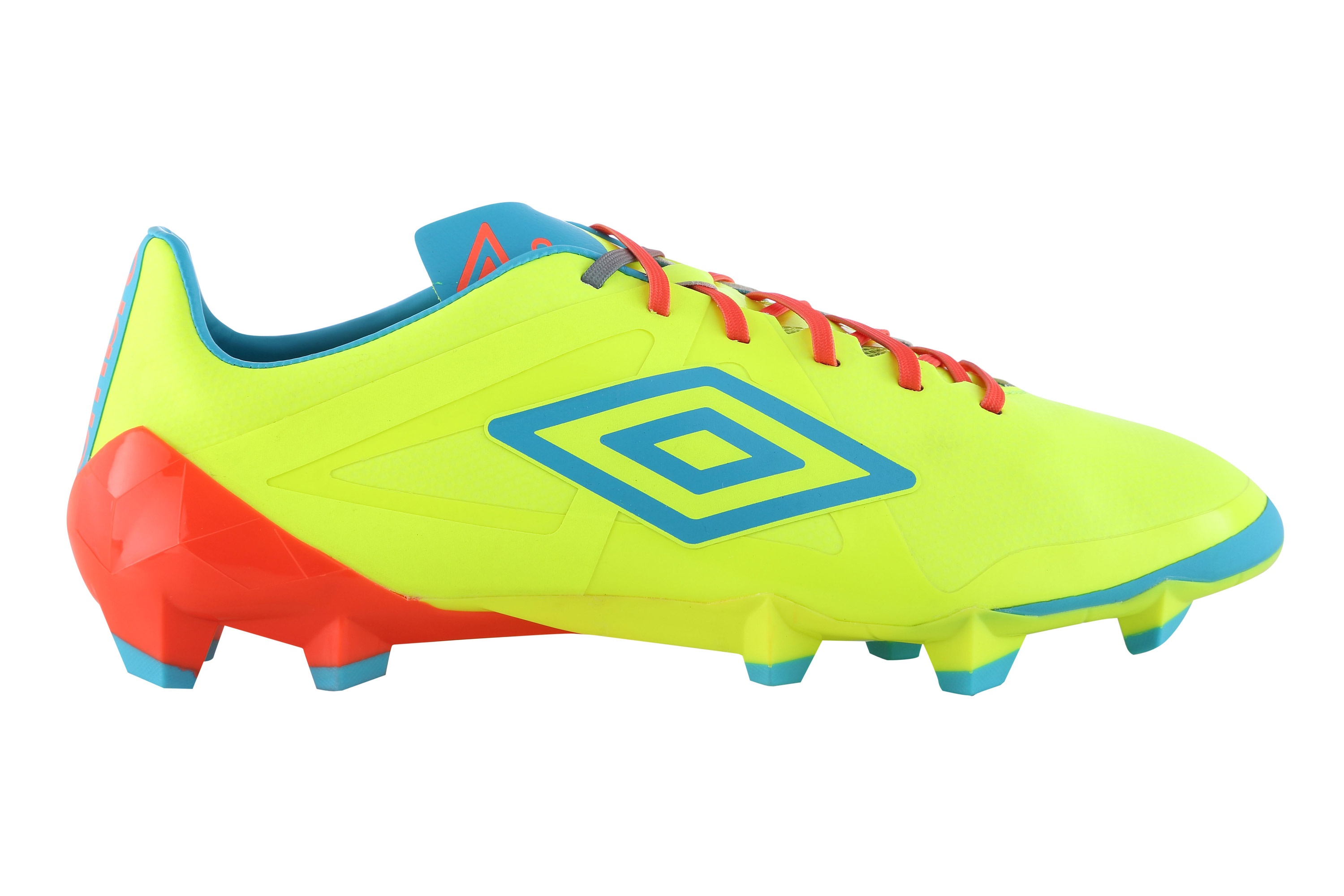 Umbro have given their speed boot, the Velocita, a new colourway and it’s not going to go about its business unnoticed.

Leading with a stand out ‘Safety Yellow’, the Velocita manages to pull off mixing it with a ‘Scuba Blue’ and ‘Fiery Coral’. 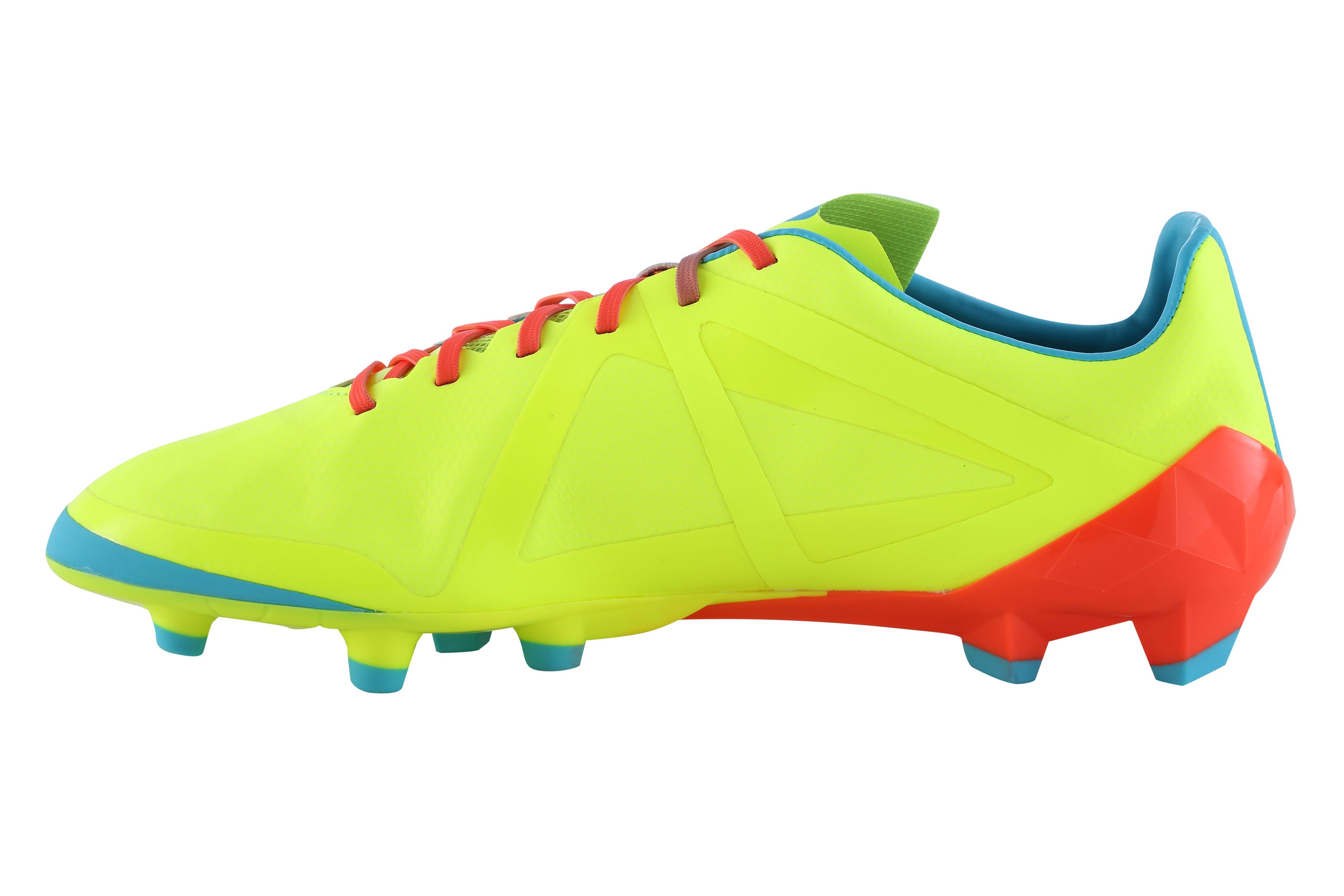 Don’t get too carried away with the colour pallette, beneath the diverse collection of pantones is a boot worthy of your attention, after all it received one of the highest ratings ever in our boot test.

At 165 grams it is one of the lightest boots around and surprisingly comfortable for a speed boot. When we ran the boot out it needed no breaking in time, an important factor during pre-season when you’re feet have softened and the pitches tend to be harder. 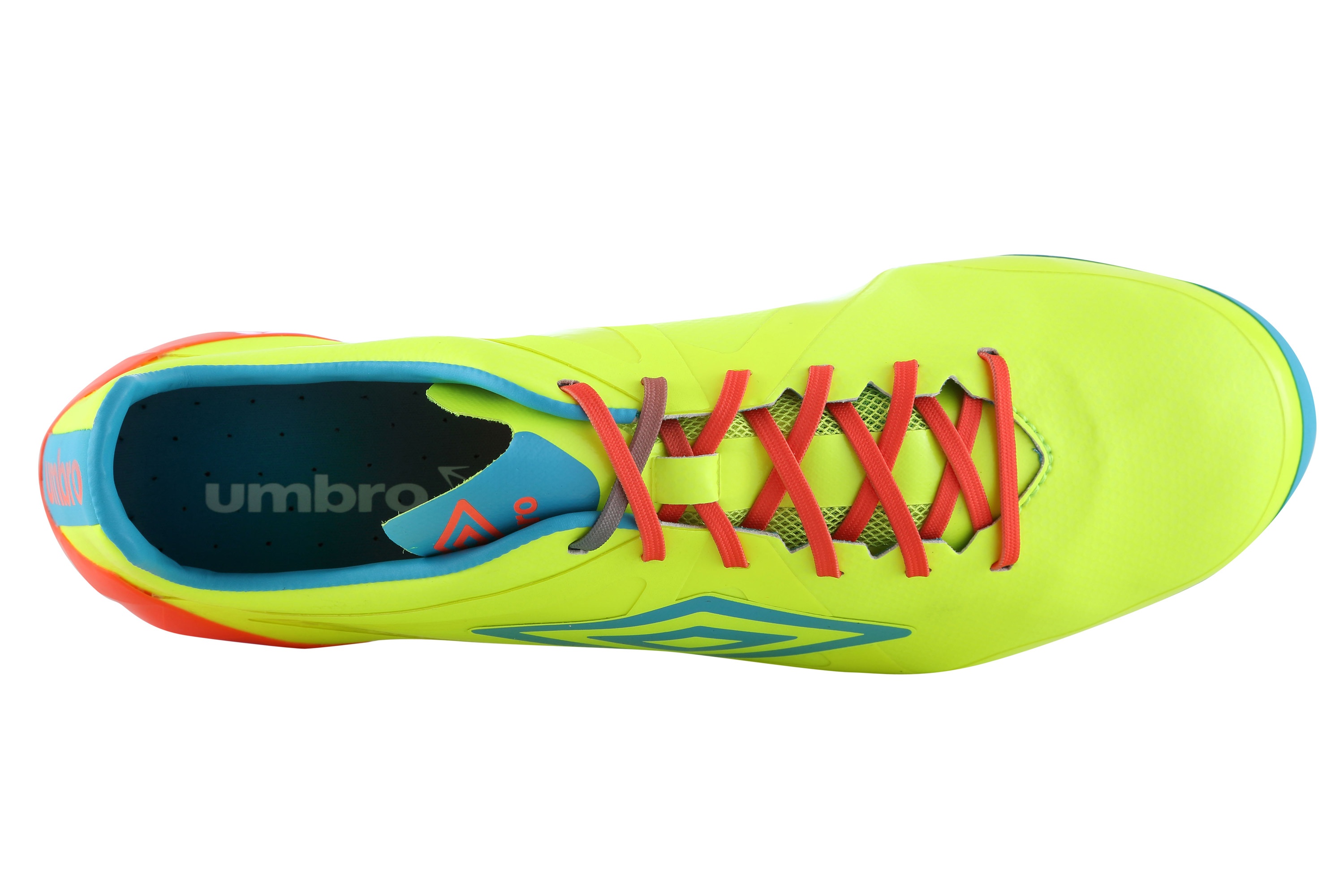 The upper is a one piece, lightweight microfibre material which is ultra thin like all leading lightweight boots. Umbro’s A-Frame is built into the the upper too, giving more support and a good draw around your foot contours as you lace up. Then there’s the soleplate, where you’ll find a mixture of diamond and conical studs offering a good level of traction. 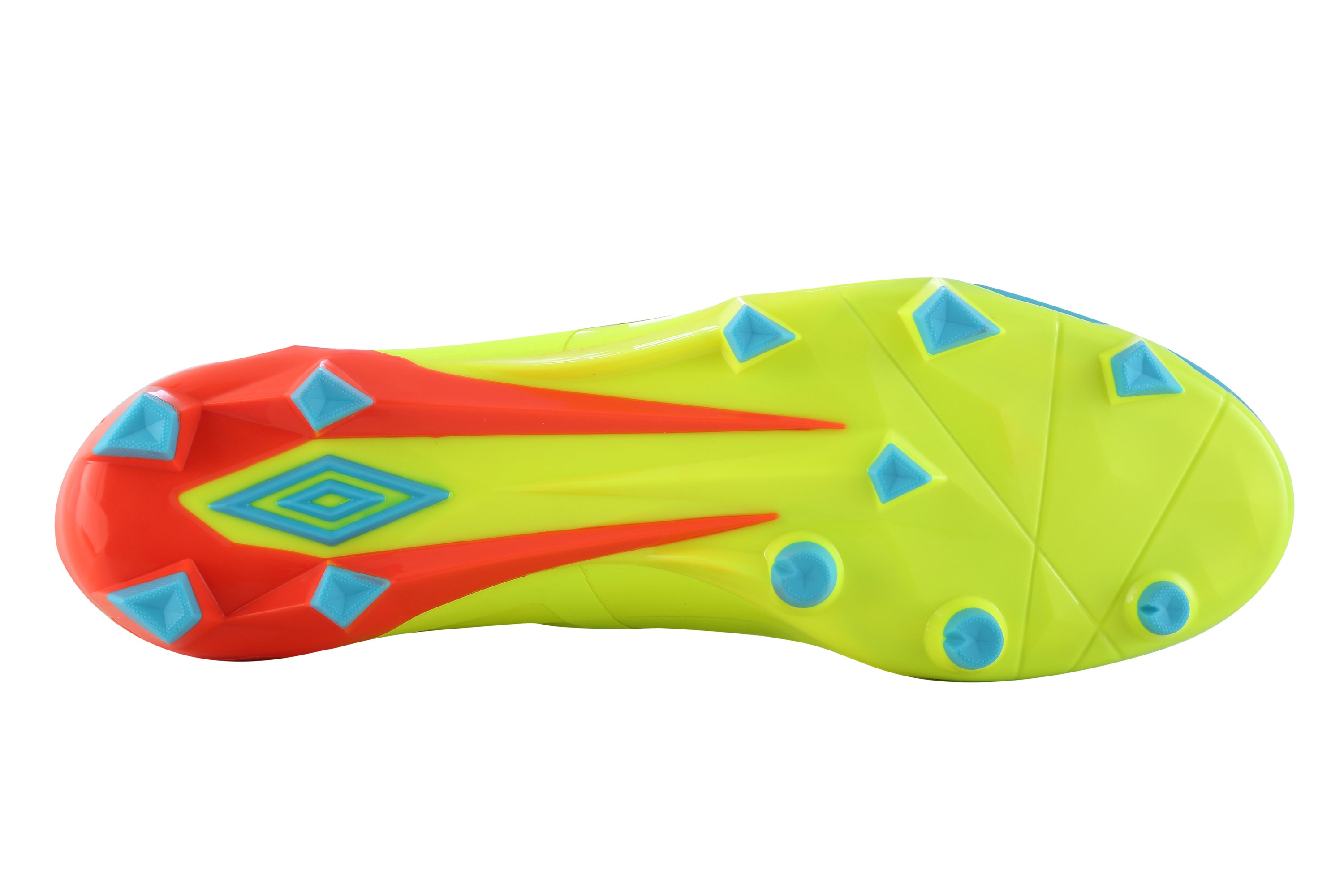 Finally, once again Umbro seem to be very realistic with their pricing. The Velocita retails at £130, which undercuts anything else at this standard and in this category.

Availability: On sale from August 2015

Written By
Michael D
More from Michael D
In a perfect callback to the original 1.10's, the new Puma PowerCat...
Read More