Umbro have been very careful in drip-feeding info and images regarding their latest release; the Umbro UX1.

A single image last week formed the understated launch of the feature-packed new release from the Double-Diamond, before their on-pitch debuts on the feet of Andy Carroll and Joe Hart in their Premier League wins last weekend.

Now we can finally share all the details of what’s going on under the skin of one of the most technical Umbro releases to date. 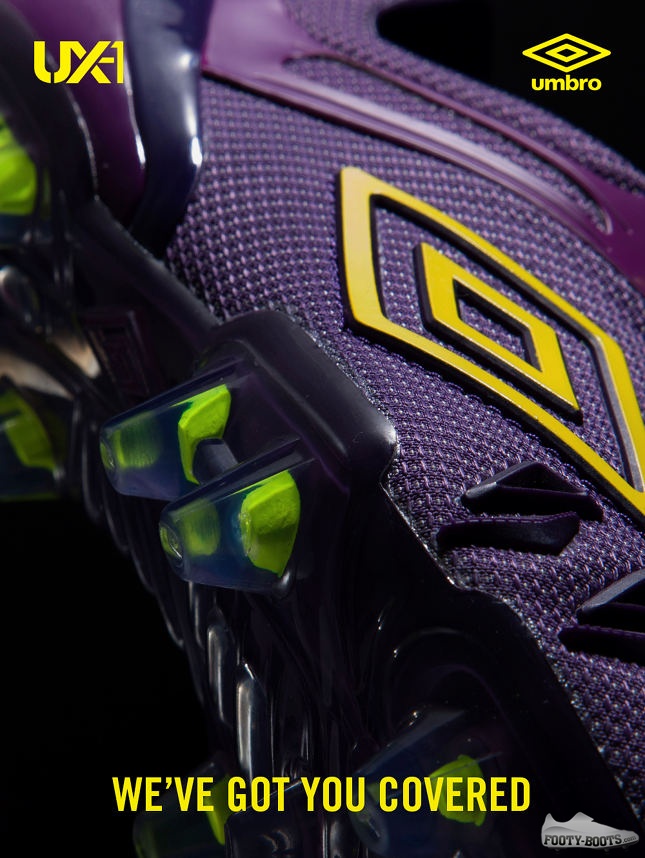 The Umbro UX1’s upper is a unique soft-touch composite material that promises to offer an assured touch on the ball, incredible durability and superb flexibility.

Created from a single piece, the upper is seamless on the inside to remove the possibility of rubbing and improving feel in all situations. 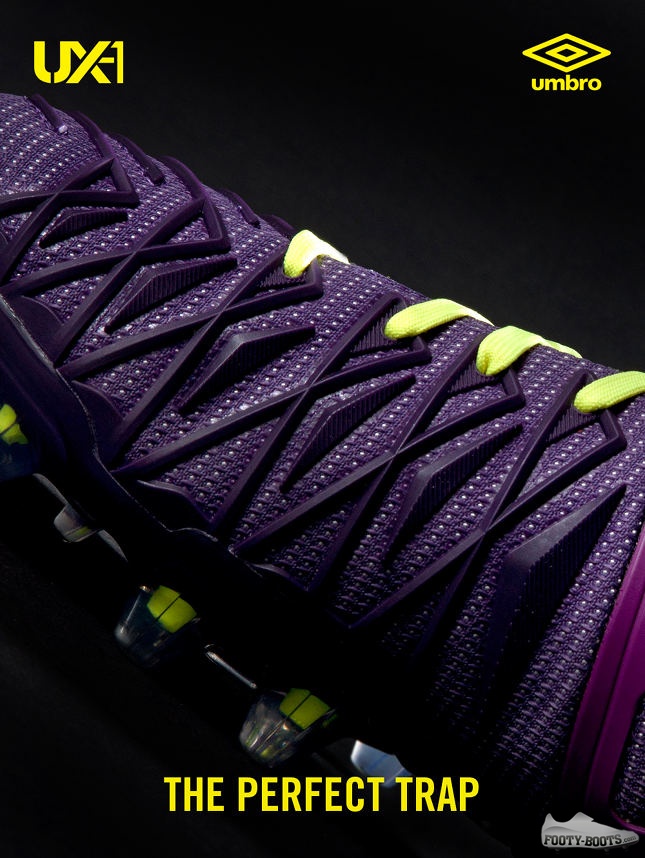 These ‘Touchzone’ areas are made from a rubber-like material that bends and moves with the upper to make sure they only enhance your first touch; not hamper. 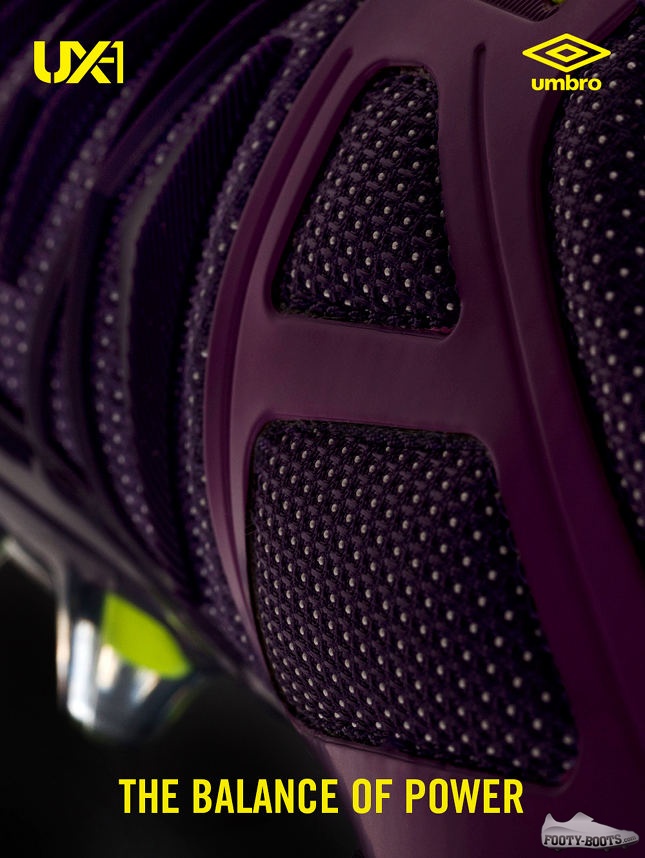 Umbro’s A-Frame has been a key part of their football boots for around five years now; quietly evolving and adapting with each new generation.

Often imitated, Umbro promise that this edition of the technology is its pinnacle, working with that upper and rubberised Touchzone for seamless integration and optimising it’s effectiveness. 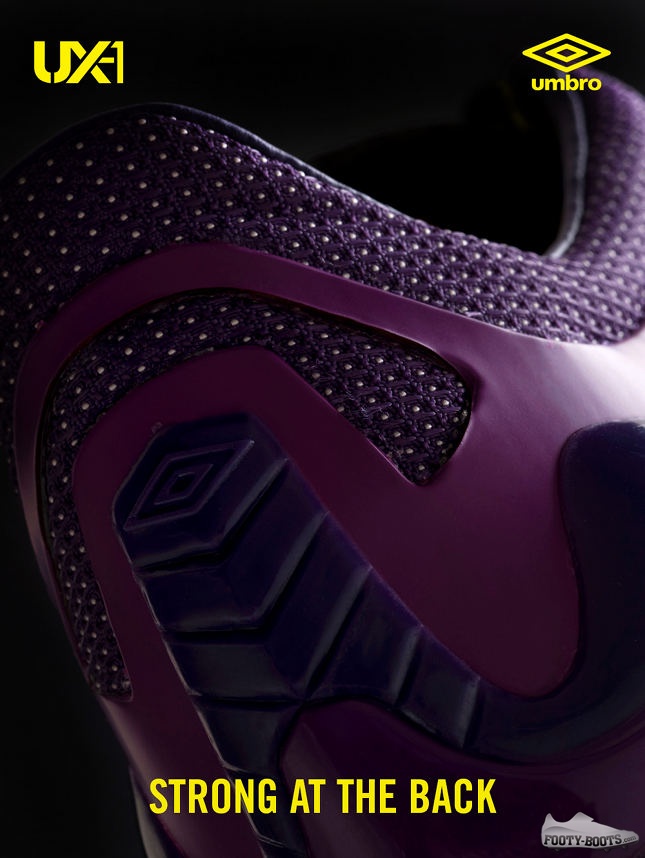 An element that has been played down in boots recently, the Umbro UX1 boasts a protective element as one of it’s headline features.

A dual density cage and a soft protective spine cushions your heel and safeguards your Achilles. How’s that for backbone? 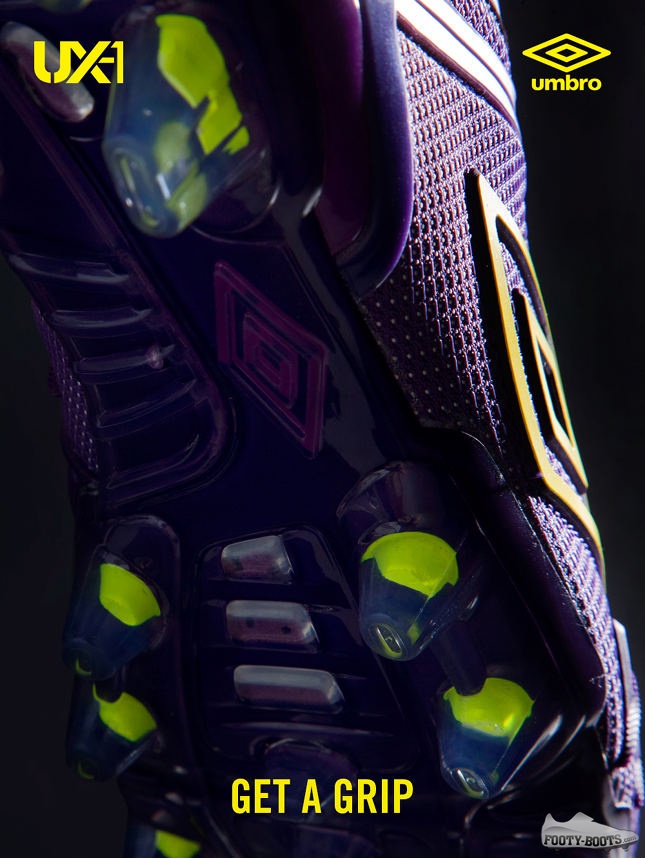 The outsole re-works elements from Umbro football boots past based on player feedback; ten forefoot studs spaced to reduce pressure and increase comfort. 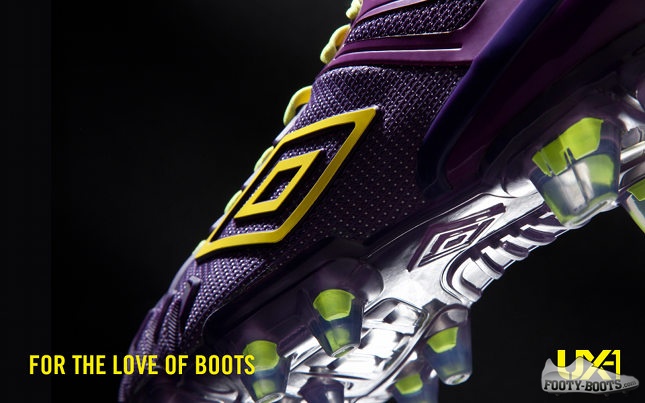 Umbro have ramped up their activity in the last two months after a quiet start to 2014.

Everton and Hull City will be two Premier League teams who will have the Double Diamond branding return to their shirts in the 2014-15 season, and the brand’s objective to become the ‘World’s Best Football Brand’ will undoubtedly be helped by some of the re-shuffle they’ve experience.

The Umbro UX1 is the big summer launch that will likely be worn by many Umbro athletes in the World Cup.

With a feature-set like that, we’re hyped to get our feet into a pair – but what about you guys?