Let’s get the obvious joke out the way: Talk about a Fox in the Box!!'

That’s the question Umbro are posing to players up and down the country for their new Umbro Stealth football boots. 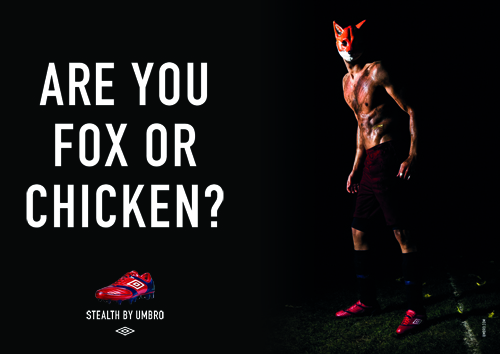 In this, surreal, bonkers and – at times – quite frankly, terrifying' new series of ads, Umbro are asking players what they think they are on the pitch:-

Are you The Fox? A cunning player who knows how to chase the game, hunt the opposition and strike from anywhere.

Or are you The Chicken? A Headless Chicken.

I know which one I’d rather be (though I’m all too aware I play like a headless chicken). 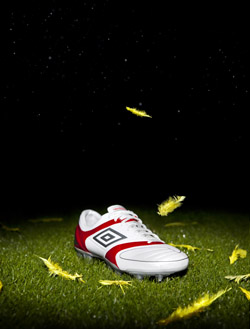 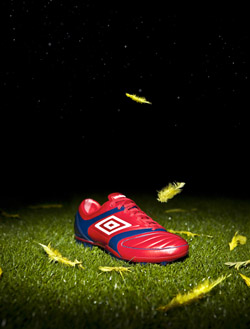 Umbro also sent us over this picture of a rather splendid new colourway, that may even prove to be more popular than the eye-catching Red & Blue that we’ve seen already.

Here’s what Umbro have to say about the new Umbro Stealth:

' “The new Umbro Stealth boot is designed for players who take the lead on the pitch. A streamlined last and two lateral studs in the middle of the boot offer increased speed, while the carbon fibre shank and heel counter provide the power you need. Combined with cushioned insoles offering comfort, Umbro Stealth has all the assets that a player will need to outfox the opposition.”

At your own risk here’s the new viral video for the Umbro Stealth – but be warned – if people in animal masks freak you out as much as they do me, this will give you nightmares!!

Written By
Ramsay
More from Ramsay
The PowerCat 1.10 gets one last stylish colourway before it's upgrade. We...
Read More