We’re not sure at Footy Boots if St George, the patron saint of England, was a football fan or not or though chances are if he was, he would have had a lot of choice as to who to support.

St George, as it happens, was born in Anatolia, now part of modern day Turkey so they might have got his vote. Equally, he could have been behind the boys from Italy as he served as a soldier in the Roman Empire. Indeed, as well as England, St George is the patron saint of quite a number of countries including Canada, Greece, Ethiopia and Montenegro.

However, with his English hat on, St George’s day has been marked in some style by national team kit supplier Umbro, who have decked out all of Carnaby Street in London with the England 2008 away shirt. 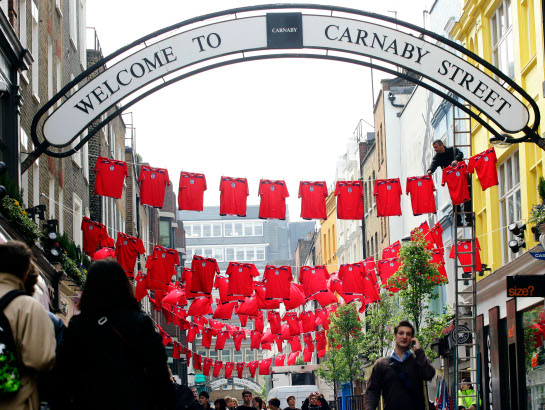 If you happen to be in London with some time to kill (as opposed to dragons) you can go and check it out. Alternatively, take a look right here on Footy Boots. 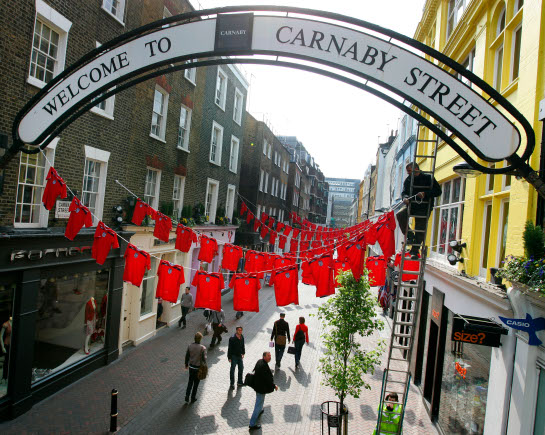