Having already hit a real winner with the St. George’s Flag-inspired England Home Shirt for Euro 2012, as today is St George’s day, Umbro have broken out something really special with a collection of patriotically-themed boots and gear! 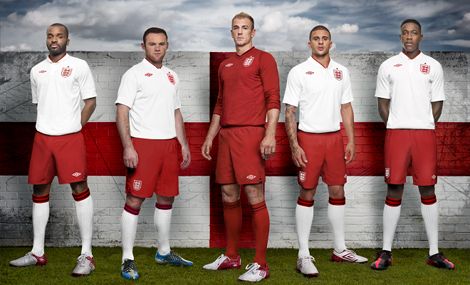 Designed around the same, iconic, multi-tonal red stripes design that features on the collar of the new England kit, the Umbro St. George’s collection brings the whole Umbro stable of football boots into one colour scheme.

Similar to the big tournament ranges from Nike and adidas in the past, Umbro will be presenting a unified front amongst the England squad in Poland & Ukraine this summer.

The Geometra, GTII Pro and Speciali III now look suitably resplendent with White forefeet and Red Umbro branding, whilst the new new red stripes occupy the the heel of every boot for a striking, unified look amongst the players.

Umbro are definitely striking whilst their iron is hot, as their presence in the current England set-up is undeniably strong. As well as established internationals like Joe Hart and John Terry, Umbro have also invested heavily in players who are in the mix to go to the European Championships this summer.

Kyle Walker and Gary Cahill are expected to join represent the Three Lions after stand-out seasons at club level, whilst Andy Carroll and Darren Bent could make the cut pending fitness. 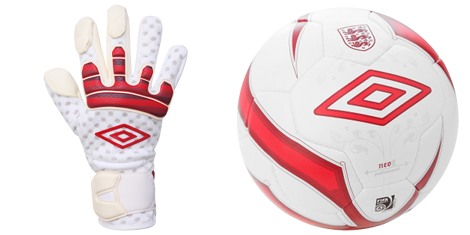 Not just limited to their football boots, Umbro have also brought their St. George’s theme to just about everything the Three Lions will need whilst away in Poland and Ukraine this summer.

Joe Hart’s Geometra Pro Goalkeeper Gloves also get a full makeover to match his new footwear, whilst the new Neo 2 football receives a standout design for England’s games at Wembley. 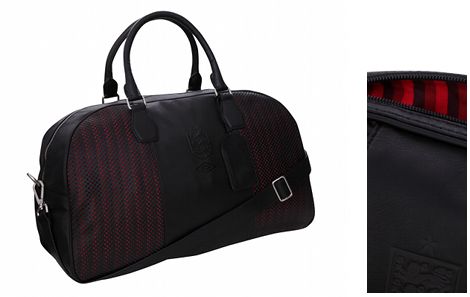 In addition, the whole England squad will be traveling in style to Euro 2012, as Umbro have also designed these slick weekender bags for the players to pack their Louis Vuitton washbags and oversized Beats by Dre headphones into.

Which of Umbro’s St George’s collection stands out for you?