Umbro are back once again to furnish us with yet another great colourway for their awesome-looking new football boots; the Umbro Speciali R. 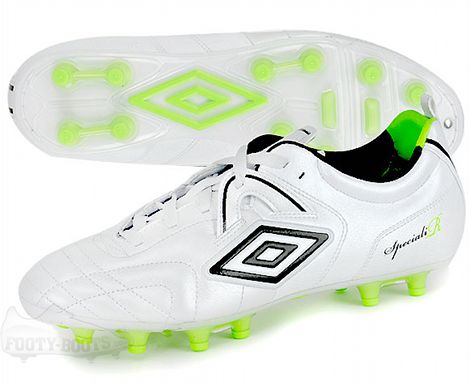 In another nice contrast to the dark and classic Black/White/Amber colourway, this model looks fresh and fun, taking a classic White with Black branding base and and furnishing it with a splash of neon Lime on the sole and branding.

Seen here in Umbro’s current generation HG soleplate (first debuted on the GT Pro), the lime studs provide a great contrast to the cool finish of the rest of the boot, and compliment the sockliner really well. 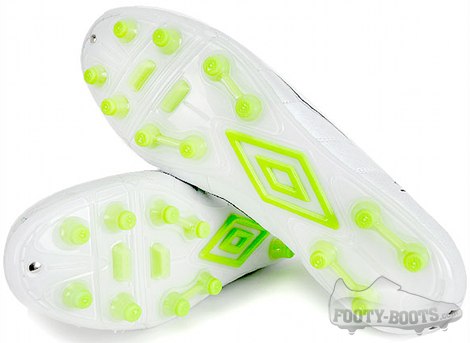 It’s great to see Umbro really putting in a lot of energy into their latest football boots, as we think the Speciali R is a cleat that’s worth supporting. 3 Contrasting colourways and a eye-pleasing design will hopefully mean that there’s a real demand for – what we think – is a great bit of footwear.

The Kanga-Touch upper is hopefully comparable to the latest CTR360 II’s KangaLite (which improved on the first CTR’s in just about every way) and the excellent A-Frame cradle in the mid-foot is one of the most simple-yet-effective pieces of tech that we’ve seen in this generation of football boots! 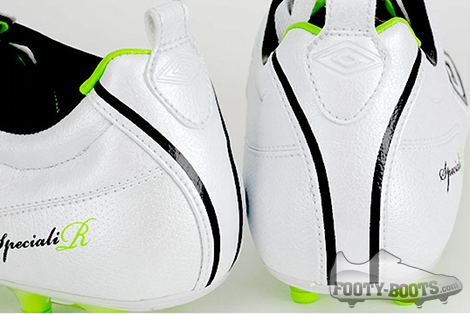 As part of Umbro’s Spring line-up, you can expect to see these hit store shelves at the end of March, with a wallet-friendly pricetag of £85.

Next up,'  we’d like to see the Speciali R in something really classic, preferably involving Black, White and a swanky splash of Gold for the detailing!

Knowing our luck, though, Umbro will resurrect the ‘Oxblood’ colourway from the last Speciali!

What do you think to this new colourway?

Hit up the comments and let us know!