We revealed the new Umbro Speciali R following Michael Owen debuting them a few weeks ago, and already we’ve got our hands on the next colourway! 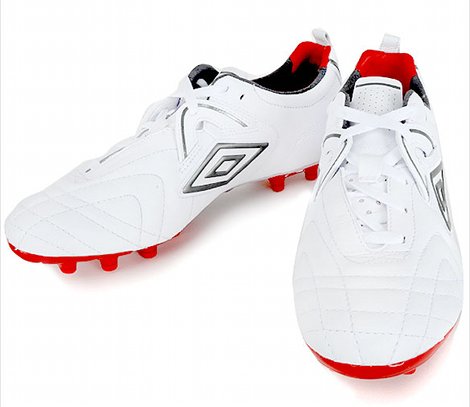 Definitely a nice counter to the dark launch colourway, this White/Silver/Red version looks exceptionally flattering on the Umbro Speciali R.

The slighty-silver stitching also shows off the stitching on the Umbro Speciali R, which Umbro say has an emphasis on comfort and touch. 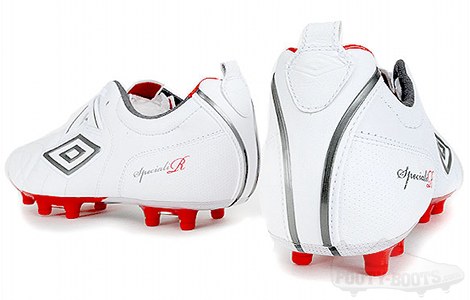 Other nice details are the flashes of black that run towards the back and inside of the Umbro Speciali R, helping to emphasise some neat little design features.

Another little design feature that stands out on this White/Silver/Red version of the Umbro Speciali R is on the toe-end of the sole, where the word ‘Revolution’ sits in the crease of the soleplate – which is obviously the ‘R’ in ‘Speciali R‘! 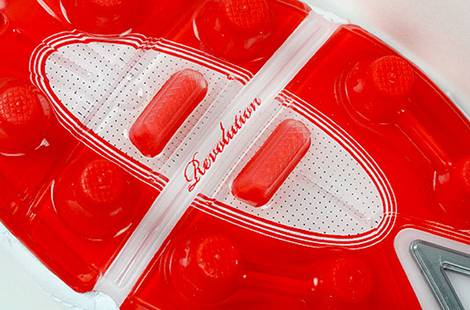 With Umbro sponsoring teams like Umbro, Chile and Canada on the international stage, it’s no surprise to see Cheadle-based brand bringing out some football boots that would be a great match for the kit of any of those teams!

We think the Speciali R could be a real winner for Umbro, with it’s neat ‘n’ tidy design and super-low price point (£80) – we just think they need to clarify it’s position in their football boots range! Is it synthetic version of the Speciali? Or is it the successor to Umbro’s classic heritage boot? And who will be wearing it besides Owen? 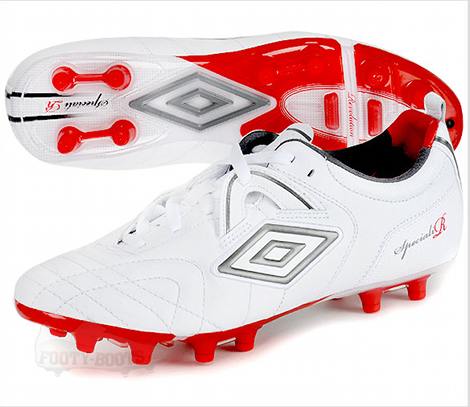 For anyone that missed the Umbro Speciali R‘s launch, you might need to know the basic of these new football boots:

The main new feature on the Umbro Speciali R is the introduction of KangaTouch onto the upper. Similar in concept to the KangaLite used on Nike˘ CTR360 football boots, KangaTouch is designed to offer comparable touch and comfort to a natural Kangaroo leather, but the material is lighter with less tendency to absorb water.

Returning from the previous Speciali is the A-Frame mid-foot support system Ĺ› which has since made it˘ way onto the GT Pro Ĺ› designed to lock the foot in place to increase lateral stability and comfort within the boot. 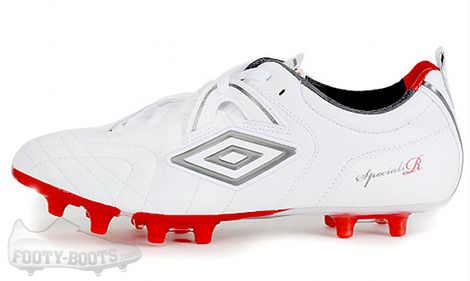 One thing that many Speciali fans will notice is that the Umbro Speciali R has done away with the traditional fold-over tongue that we˘€žËre used to seeing on Umbro˘ heritage range.

In it˘ place is a specially designed lightweight tongue that works in conjunction with the A-Frame to provide a snug fit across the top of the foot Ĺ› great for pinging long balls or smashing volleys off of!

Another ‹Ĺ›comforting˘€žË feature is Umbro have introduced Poron technology into the sockliner (as they did with the original Stealth Pro), which increases wearer-comfort. 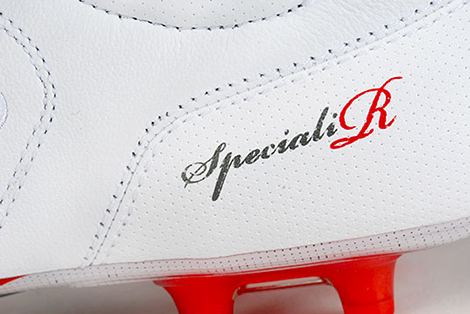 Like the White/Cyan Umbro GT Pro the other week, these are part of Umbro’s Spring line-up, so we can look forward to seeing them around March!

Let us know what you think of them in the comments below!

UMBRO SPECIALI R WHITE/SILVER/RED, 9.2 out of 10 based on 6 ratings

Written By
Kyle Elliot
More from Kyle Elliot
Hummel update one of their longest-running designs with a few (but not...
Read More