Michael Owen has always had a great relationship with the guys at Umbro, and has been an outstanding ambassador for the Speciali in particular.

Which is why it only seems fitting that Owen was given the chance to debut the new Umbro Speciali R against his boyhood club this weekend. 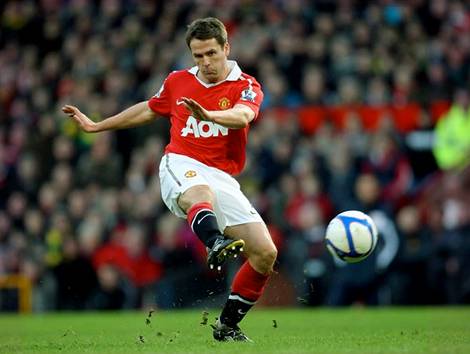 Dubbed the Speciali R, these new football boots might be easily confused with the limited edition Nike Tiempo 94 thanks to their black upper and Yellow soleplate – but they are, in fact, an interesting new evolution in the Speciali series.

The main new feature on the Umbro Speciali R is the introduction of KangaTouch onto the upper. Similar in concept to the KangaLite used on Nike’s CTR360 football boots, KangaTouch is designed to offer comparable touch and comfort to a natural Kangaroo leather, but the material is lighter with less tendency to absorb water.

Returning from the previous Speciali is the A-Frame mid-foot support system – which has since made it’s way onto the GT Pro – designed to lock the foot in place to increase lateral stability and comfort within the boot.

The Speciali R also uses more or less the same soleplate as the previous Speciali, with TPU injection studs for maximum durability and under-foot stability,

One thing that many Speciali fans will notice is that the Umbro Speciali R has done away with the traditional fold-over tongue that we’re used to seeing on Umbro’s heritage range.

In it’s place is a specially designed lightweight tongue that works in conjunction with the A-Frame to provide a snug fit across the top of the foot – great for pinging long balls or smashing volleys off of!

Another ‘comforting’ feature is Umbro have introduced Poron technology into the sockliner (as they did with the original Stealth Pro), which increases wearer-comfort. 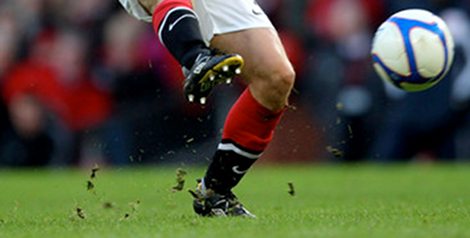 It was a shame to see Owen in these very interestingly-designed football boots for a mere 17 minutes on their debut – here’s hoping we can see him bag a goal in them sometime soon.

We’re not sure whether the Umbro Speciali R is the ‘sequel’ to the re-released Speciali, and will be replacing them over the course of the year, or whether they’re an expansion on the design like the Speciali Elite – but we’ll be sure to keep you posted as we find out more!

For anyone that’s thinking of buying a pair, the Umbro Speciali R is available to order now from selected retailers for a reasonable £80!

OWEN DEBUTS NEW SPECIALI R, 7.3 out of 10 based on 43 ratings https://www.footy-boots.com/wp-content/uploads/2011/01/OWEN-DEBUTS-NEW-SPECIALI-R.jpg