Here at Footy-Boots HQ we’ve really been wondering, “What’s so Special about the Speciali?”

Umbro have certainly placed a lot of trust in the Speciali, emphasizing the football boot’s features and advantages with some stylish marketing. So joining in with the likes of Michael Owen, GÄ‚«l Clichy, Deco, and Pepe is Matt Dawson with his take on Umbro’s world renowned classic boot.

I have to admit I have a soft spot for Umbro, it dates back to my early days as a football fan when Michael Owen was taking centre stage in world football. The fact that Umbro is one of the few remaining brands that focuses solely on football is enticing to me as well. But having been let down by both Umbro’s X-Boot and SX range, I was a little concerned the Speciali were going to do the same. 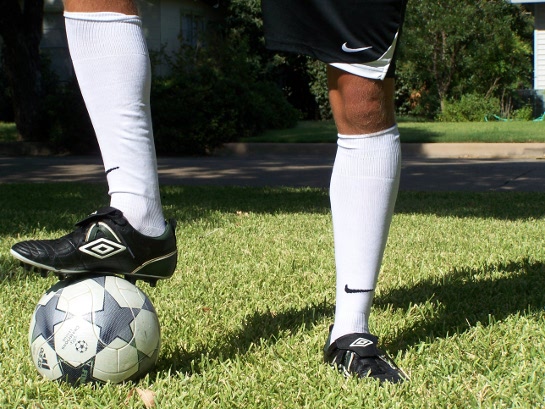 Though these boots may not suit the likes of you who love vibrant coloured football boots, I have a fondness for the classic look of the Speciali. Not to say that I haven’t worn my fair share of eye-catching football boots, but the pure design mixed with the British Racing Green colours make for a very understated elegance. The little details such as the white and gold lining along the A-Frame are a nice finishing touches as well.

Here in West Texas comfort is a telling sign in a football boot when you are playing in the dry heat with rock hard soil underneath your feet.

With the Speciali comfort is unrivalled by any other football boot I’ve ever worn. The high density memory foam insole is extremely comfortable featuring Poron inserts for a soft and cozy feel, a bit like that of a house slipper. The toe box is roomy which is important for me as I have particularly wide feet. The boots are much lighter than I expected and offer your foot room to breathe, yet the leather molds nicely to your foot once broken in. 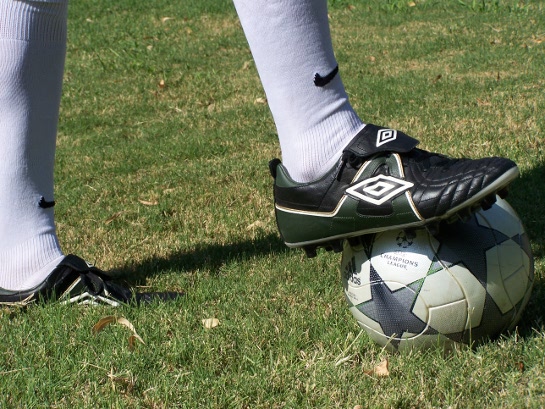 Only having had the football boots for a short time, I can’t yet determine what the lifespan of these boots will be. However, I can say the football boots are manufactured very well and the quality of materials is exceptional. The boots are stitched and cemented like its predecessor which is always a good sign. Despite not featuring a lace cover, there’s no need to worry about the laces becoming worn down and frayed. The nylon laces are well woven and thick, ensuring a tight fit. The one downside to the laces is that they tend to catch on the Velcro pad where the traditional flip tongue attaches.

The Speciali’s supple k-leather and clean upper makes for a superb feel for the ball and offers great touch. An improvement from the original Speciali, the Umbro Double Diamond logo is pressed and printed onto the football boot rather than a large stitched patch. The football boots are great for dribbling and passing, and despite not being a flash boot, allow for all the flair, flicks, and tricks that the F50i and Vapor tout. 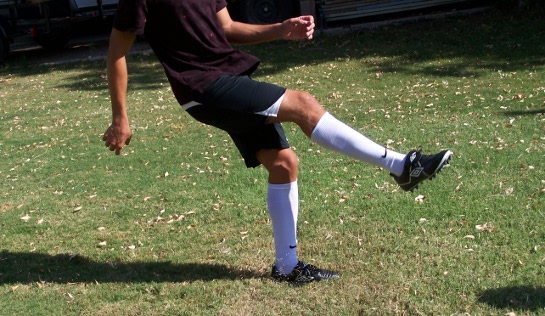 One of the few things that worried me when purchasing the Speciali was the stud placement and design. The studs didn’t appear that they would allow proper weight dispersion in the heel area because they sit further forward from the heel than on most football boots.

Another anomaly was that the heel studs were shaped in the same mold as the rest of the studs, which I thought wouldn’t allow for sufficient traction. My fears were relieved in my first run out with the boots, with the studs engaging and releasing with the turf properly. The weight dispersion in the studs made it feel as if you were walking on a plush carpet, making it an extremely comfortable experience for your feet. My only complaint is that the heel studs are positioned in such a way that you feel as if your weight is on your heels at times, so you’re not being able to spring forward as quickly. 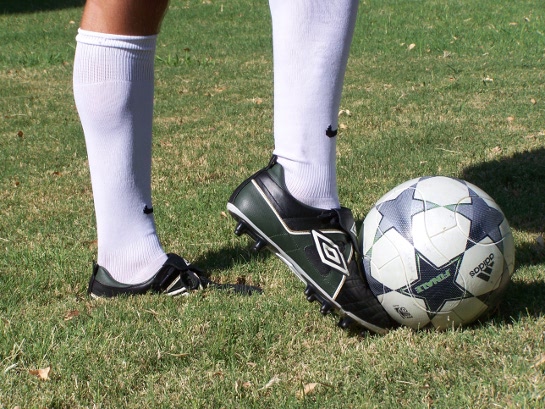 With its style inspired by the Wembley archway, the A-Frame lacing system offers a tight fit cradling the mid foot area and is a great mechanism for maintaining your laces tightness. The Fast Flex groove in the outsole really allows for greater flexibility and helps you accelerate after that cross-field ball. Without any real “gimmicks”or technologies involved in the football boot, Umbro played off the marketing side of the boot well with a light-hearted, nostalgic take on them.

Having worn the past few generations of the Vapor line consistently, these boots have brought me back to my senses. With the Speciali you truly get your money’s worth along with a clean, classic look so your skill can do the talking on the field for you.

Nike’s influence seems to have rejuvenated the design team at Umbro and I’m glad to say they’re back with much higher standards and a completely new feel. The Speciali really are a homage to football boot heritage and are very underrated in my eyes. Umbro really took it back to the basics with this football boot, and it shows the useless gimmicks costing you another 30 quid just aren’t worth it.

Written By
Felipe
More from Felipe
Nike have sued Adidas over a Chinese footballer's endorsement contract in China.
Read More