We’ve been big supporters of the Umbro Speciali since it’s re-launch nearly 2 years ago here at Footy-Boots.com; we’re suckers for the classic design, soft leather upper'  and gimmick-free ethos. 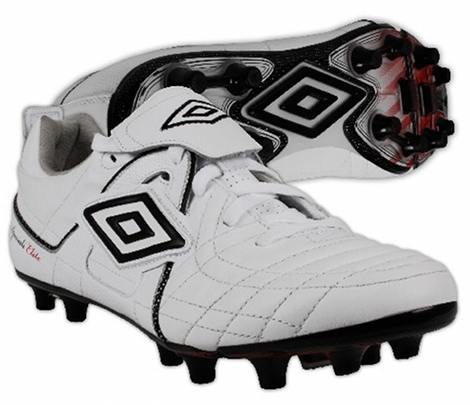 In fact, the thing we love most about it is that it did away with all the nonsense that plagued the Speciali in the pre-Nike Umbro and brought the design of these football boots back to basics.

Well, it seems that Umbro are cutting loose a little bit and enhancing the Speciali’s classic design with a couple of little tweaks to create the Speciali Elite. 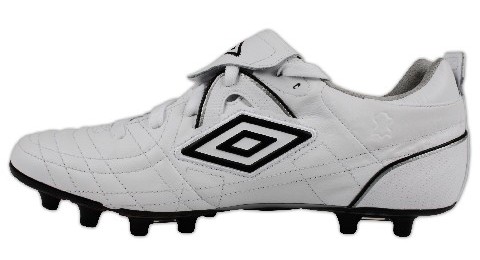 Whereas the current Speciali has a K-Leather Forefoot and Calf leather medial sections, the Umbro Speciali Elite is constructed from 100% Italian Kangaroo Leather (insert your own ‘Kangroos in Italy?’ joke here…) for a superior touch on the ball and comfort when flexing the foot.

These classy football boots also feature a re-engineered toe-box to give to boot a lower profile. What this means is that it’s a little easier to get under the ball to apply spin and loft to crosses and shots for the wearer, without compromising any of that highly-regarded Speciali comfort. 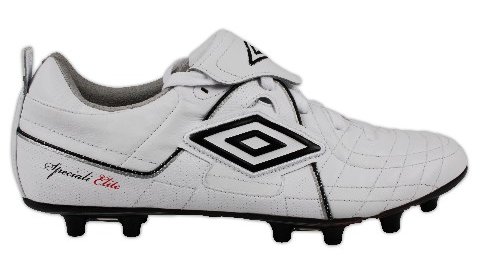 The Umbro Speciali Elite also bring across everything that we’ve come to love about the Speciali, including the fit-enhancing A-Frame across the upper and highly flexible midfoot.

Here’s the full list of what’s what on the Umbro Speciali Elite:

– Covered lacing for increases surface area for contact with the ball

– Flex grooves in the midsole for a greater freedom of movement and quicker acceleration.

The pinnacle of Umbro’s heritage range of football boots; the Umbro Speciali Elite will be around for a limited time only at selected retailers for an RRP of £120. 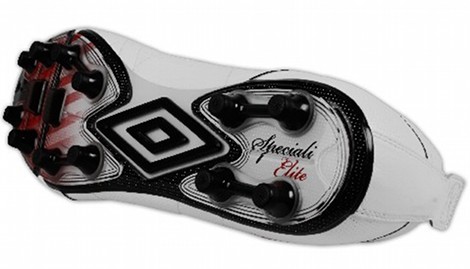 Umbro haven’t confirmed whether any of their top-flight players will be making the switch to the Elite to promote them, but you can be sure that Footy-Boots.com will be the first to spot them if they do!

As for details, the Speciali Elite is available right now in Black/White/Gold, with this White/Black colourway starting to ship from mid-January 2011

What do you think of these clean-looking football boots? Use the boot-o-meter below to have your say!

UMBRO SPECIALI ELITE, 3.5 out of 10 based on 23 ratings https://www.footy-boots.com/wp-content/uploads/2011/01/UMBRO-SPECIALI-ELITE.jpg

Written By
Kyle Elliot
More from Kyle Elliot
We take a closer look at CR7's boots from this weekend, to...
Read More