The keystone of the Umbro family, you know that when the Double-Diamond are developing a collection of boots (as they have done with the Black/Lava Pink line-up to mark the arrival of the GeoFLARE) the Speciali has to be in there somewhere.

And wouldn’t you know it, the Umbro Speciali 4 – Black / Lava Pink' is one of the best-looking of the lot, too. 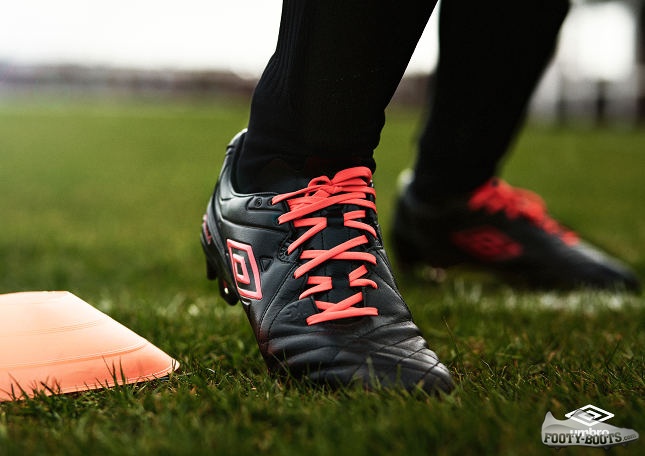 Having been somewhat quiet since their start of the year release, the Umbro Speciali 4 has been keeping it simple with colourways.

Alongside the White/Silver launch colourway we’ve also been treated to a Black/White version as well as the end-of-season White-out edition worn by Joe Hart.

However, this colour is arguably the boldest look yet for Umbro’s heritage-inspired cleat, with Pink branding and lacing interrupting the slick all-black upper, soleplate and lining.

The premium leather favoured by Umbro looks every bit as soft as it is to the touch in all-black leather, whilst the synthetic A-Frame cradle in the midfoot avoids looking glossy despite being a synthetic.

One of our favourite boots to launch this year, we’re definitely a fan of the Umbro Speciali 4 – Black / Lava Pink.

But are you? Let us know in the comments!