“The reports of my death are greatly exaggerated” – as true for Mark Twain then as it is for Umbro now, the Manchester-based brand are back. And what better way to announce your return than by going back to the boot that started it all? Here’s the all-new Umbro Speciali 4. 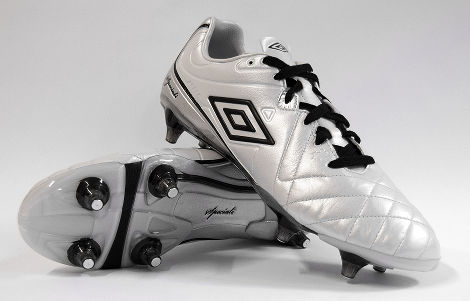 Plenty of football boot fans were ready to write the Double-Diamond off following their sale by Nike to the Iconix Group of brands, with many expecting them to become a brand focused on sport-inspired casual clothing – but it seems the Umbro name is set to continue gracing football boots – something we can all be thankful for!

As rumours of the new Geometra have been persistant for months now, we can only imagine that Umbro have stalled that release to give the King of Umbro boots it’s rightful place of leading the renewed line-up. 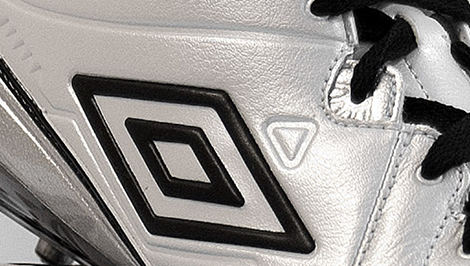 And the Umbro Speciali 4 brings enough to the table to give even the most sceptical Umbro fan cause for hope, building upon the platform set out by the Speciali 3.

As you’d expect from a Speciali release, Umbro’s fourth numbered entry into the series focuses on three key  design principals; touch and feel on the ball, classic styling-meets-modern-technology and absolute comfort and control.

For the latter, Umbro have re-invented the A-Frame support cradle, integrating it more fluidly than ever into the design, allowing players to pull the boot closer to their feet than ever before. Umbro have also used a special microfibre in the heel section, locking the foot in place whilst playing.

The premium waterproof leather is stitched to form a quilted surface on the vamp, allowing natural creasing and bending throughout the break-in process while preventing the material from stretching.

In the spirit of keeping things classic, Umbro have once again opted for a reenforced blades-and-conical stud set-up on the FG Umbro Speciali 4, with the evergreen six-stud screw-in system for the SG. 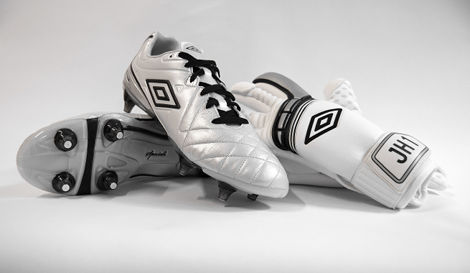 To mark 100 consecutive league appearances between the sticks for Manchester City, Joe Hart will be debuting the Umbro Speciali 4 as the blues travel to Loftus Road in the Premier League tonight.

Umbro have also kitted out the England No. 1 with a special pair of Neo Pro 2 Shotgun goalkeeper gloves in the same Pearlised White / Silver / Black colourway as the new Umbro Speciali 4 to mark out the stopper as 100% Umbro – despite the rumours of a switch to Nike being on the cards.

Landing in stores soon, what do you think of the Speciali 4?

UMBRO BACK IN BUSINESS WITH SPECIALI 4, 9.3 out of 10 based on 73 ratings https://www.footy-boots.com/wp-content/uploads/2013/01/umbro-speciali-4-featured-image.jpg

Written By
Kyle Elliot
More from Kyle Elliot
In another Footy Boots exclusive, we talk to Didier Drogba and get...
Read More