Umbro will supply all Saints’ playing and training kit for the next five seasons from 2008/09 through to 2012/13. The sportswear company will replace Southampton’s own brand kit which has been the club’s official supplier since 1999.

Umbro certainly seem intent on adding to its portfolio of sponsored football clubs and increasing its share of the football shirt market; the company announcing last week that it would be extending its kit deal with fellow Championship outfit West Brom (link to article). 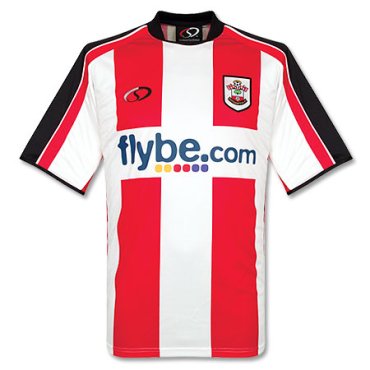 Saints Head of Retail Leighton Mitchell said: “We are delighted to be teaming up with a quality sportswear manufacturer such as Umbro. “They are without doubt one of the market leaders in kit design and innovation and the quality of their products is first class.

Saints chairman Leon Crouch added: “It is a great testament to the club that Umbro were keen to become our official kit supplier. We both share the common goals of producing innovative and high quality kits for our players and supporters alike. We look forward to a long and successful partnership both on and off the field.”

The tie up between Umbro and Southampton is a welcome distraction from the current speculation surrounding the vacant manager’s position at St Mary’s since the departure of George Burley for the Scotland post. The smart money is being heaped on a return for Glenn Hoddle, as the club seeks to elevate itself back into the Premiership.

Written By
Felipe
More from Felipe
The Spanish international gives Madrid the run-a-round in his new Nike footwear.
Read More