Ahead of the official start of the Third Round of the FA Cup tonight, Umbro have released the released the new, hi-vis version of the Neo Pro match ball. 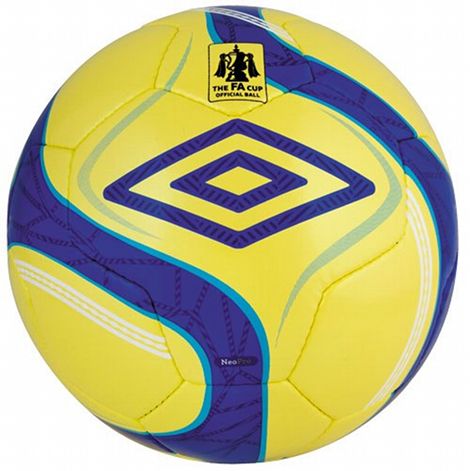 In Yellow and Blue livery – along with the official badge of the FA Cup – the Umbro Neo Hi-Vis takes the now-tried and tested Neo ball basis that has been used by England in international matches and updates it for the winter rounds of the cup.

After last year’s orange ball came in for some criticism during the early stages of the world’s oldest club football competition, Umbro have gone with a similar yellow to the one that has proved successful for Nike in Serie A, La Liga and – of course – the Premier League.

The best thing about the Umbro Neo Hi-Vis is arguably the new campaign Umbro have centered around their latest match ball. 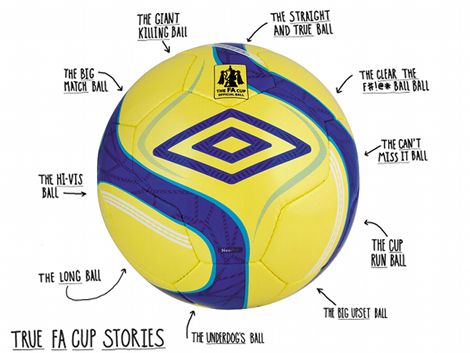 Thanks to it being the official match ball of the FA Cup (have we mentioned that already?) the Umbro Neo Hi-Vis will be at the centre of every single second of action across England this weekend.

Debuting this weekend, you’ll be able to find the Umbro Neo Hi-Vis in stores from today, with the range starting from around £15.